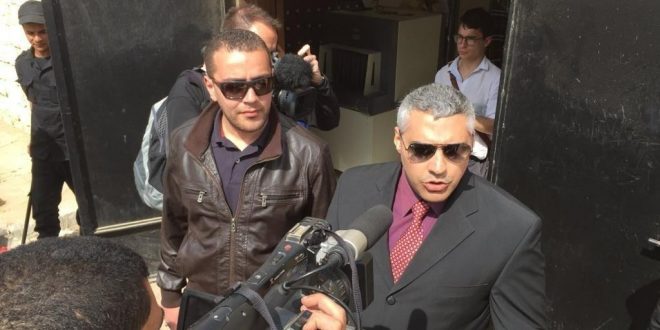 The former editor-in-chief of the Investigative Journal (TIJ), a media outlet based in London, has been awarded more than 80,000 British pounds in damages against the outlet and its CEO, Canadian-Egyptian journalist Mohamed Fahmy, after filing with a British court to claim she was misled into joining the organization only to find out it was a propaganda vehicle for the United Arab Emirates and Egypt, according to the Guardian.

During a job interview, Fahmy reportedly told Jane Cahane, who served as TIJ’s editor-in-chief between December 2018 and July 2019, that the publication would be producing independent investigative journalism. But Cahane said the outlet received funding from the UAE and pursued an agenda that sought to further the interests of the UAE and Egypt.

According to the Guardian, Cahane said in her claim that Fahmy was “assisted and directed” by representatives or agents of the UAE and, in June 2019, met with Egyptian President Abdel Fattah al-Sisi to discuss the publication’s “editorial line and content.”

TIJ was launched in February 2019 and appointed Fahmy as CEO in May of that year. Its publisher is Yousri Ishaq, which a launch release describes as “a British philanthropist and architect with a background in journalism.”

In her claim Cahane said: “At no time has TIJ covered, nor did the defendants intend TIJ to cover, a wide range of topics and a diversity of viewpoints from an independent and objective standpoint,” according to the Guardian. “Articles, reports and social media content published by TIJ have focused and focus primarily on aggressively targeting, attacking and smearing those perceived to be opponents of the United Arab Emirates and the Arab Republic of Egypt, including particular countries such as Turkey, Qatar and Iran and particular organisations such as the Muslim Brotherhood.”

Neither TIJ nor Fahmy presented a defense, resulting in a default judgment being issued that awarded Cahane 80,735.92 British pounds (around LE1.73 million) for fraudulent and/or negligent misrepresentation plus costs, according to the Guardian. Meanwhile, the domain for TIJ’s website appears to have expired and the site is no longer accessible.

In her written judgment, the judge said: “This was a particularly difficult and sensitive area relating to journalism and the funding of journalism for purposes that were alleged to be political rather than independent and relates to alleged funding from Middle Eastern sources … the reputation of the claimant as a journalist of integrity was at stake and for her that concern was likely to have been as important as the financial claim that she has made, and that has to be appropriately reflected [in the remedy].”

Fahmy made headlines in December 2013 when he was arrested and imprisoned in Egypt while he was working as the Cairo bureau chief for Al Jazeera English, alongside colleagues Peter Greste and Baher Mohamed. The three journalists were convicted in 2014 on charges of aiding terrorism and endangering national security and sentenced to seven years in prison in a high profile case that sparked worldwide condemnation as a crackdown on press freedoms. Greste, an Australian national, was eventually deported in February 2015 while Fahmy and Mohamed’s sentences were reduced to three years on appeal in August 2015. They were both released from prison a month later, in September, after receiving a presidential pardon.

In 2015, Fahmy sued Al Jazeera for over 100 million Canadian dollars for neglect and endangering the lives of journalists working in Egypt. According to a 2017 report by the New York Times, Fahmy received a US$250,000 “loan” from the UAE’s ambassador to the United States, Yousef al-Otaiba, to cover his legal campaign against Al Jazeera following his release from prison. In February 2020, Fahmy dropped the lawsuit before he could be cross examined in the case, according to Al Jazeera.