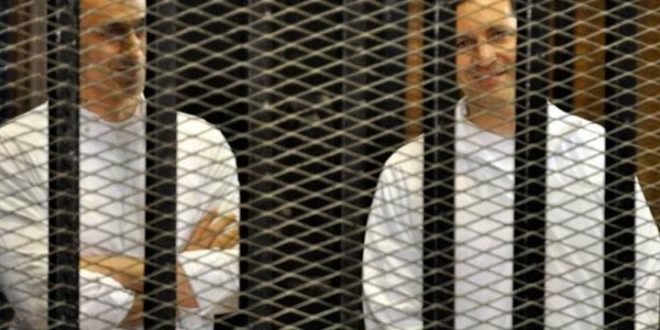 Egyptian authorities yesterday unfroze the funds of Alaa and Gamal, the sons of the late President Hosni Mubarak, and their families, after a decision issued by the Examination and Investigation Commission.

The ruled included: “Ending the prohibition order No. 3 of 2011, related to each of Muhammad Hosni Al-Sayed Mubarak, and his wife Suzanne Saleh Mustafa Thabet, Alaa and Gamal Mubarak.”

Egyptian reports said that the decision to lift the asset freeze on the Mubarak family’s money was a result of their being acquitted in the cases in which they were previously accused.

Mubarak died on 25 February 2020 ; he and his two sons faced trials on numerous charges but were declared innocent in all cases except one case related to the seizure of funds earmarked for presidential palaces.

In March the European Union (EU) lifted sanctions imposed on Mubarak and his family following the outbreak of the 25 January 2011 revolution, against the background of suspicions of theft of state funds.

At the time, the EU statement said that these sanctions were aimed at “helping the Egyptian authorities recover misappropriated state-owned assets” and concluded the orders “served their purpose.”