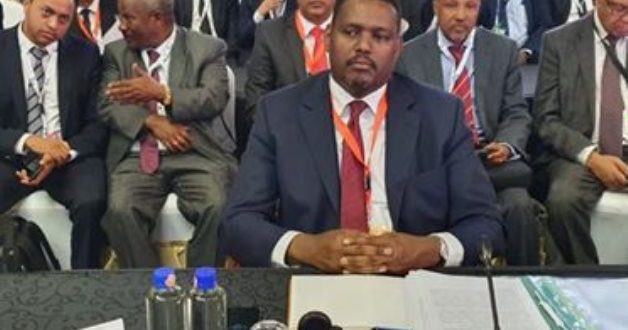 Ethiopia closes its embassy in Cairo ‘temporarily’ for ‘financial reasons’

Ethiopia’s Ambassador to Egypt Markos Tekle announced his country’s intention to close its embassy in Cairo starting next October, for ‘financial reasons’ aims at reducing the costs of the embassy.

He explained that the ‘temporary suspension’ will last from three to six months starts next October.

Tekle said that the closure decision is not related to the Grand Ethiopian Renaissance Dam (GERD) issue between the two countries.

Ethiopia’s Ambassador noted that the embassy’s commissioner will be managing all work during the suspension period.

Ethiopian ambassador to Egypt Markos Tekle arrived in Egypt on August 2020. He was a Lecturer at the Department of Governance and Development Studies before he joined the diplomatic service in 2010. He also served as the state minister of foreign affairs, ambassador to Japan and director of Ethiopian Foreign Service Training Institute.

Earlier in September, Egypt’s Foreign Minister Sameh Shoukry said that Egypt has committed itself for negotiations to solve the tension over the Grand Ethiopian Renaissance Dam (GERD) over the past ten years and still seeking a peaceful resolution to solve this issue based on the international law and the best practice.

“Defiantly we have done everything to continue negotiations and I think no body seeks conflict. On contrary we seek a peaceful resolution to solve this issue based on the international law and based on the best practice.” Shoukry said in statements to Bloomberg.

He added that for the political will of the Ethiopian government it could be demonstrated by signing an agreement.

The UN Security Council adopted this month a presidential statement calling on all three parties involved in the GERD to resume negotiations under the auspices of the African Union.

“The Security Council is not the competent authority in technical and administrative disputes over water sources and rivers.” The UNSC statement said. The Security Council also on the parties to resume negotiations, stressing the need to return to the agreement of principles signed in 2015.

Egypt has welcomed the UN Security Council statement issued, encouraging all three countries to resume negotiations with the aim of reaching a legally binding agreement on the filling and operation of the dam within a reasonable time frame.

Egypt, Ethiopia and Sudan are at loggerheads over the $4-billion dam; Cairo voiced concern over its water share [55.5 billion cubic meters] after Ethiopia started building the dam on the Blue Nile in May 2011.

In 2015, the three countries signed the Declaration of Principles, per which the downstream countries [Egypt and Sudan] should not be negatively affected by the construction of the dam.