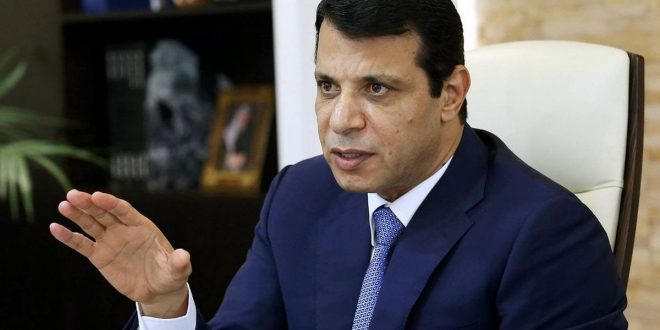 The Reform Current headed by dismissed Fatah leader Mohammad Dahlan was shocked by Egypt’s refusal to accept the relocation of its office from Abu Dhabi to Cairo, Al-Quds Al-Arabi reported on Friday.

Sources close to Dahlan disclosed that many of his aides had been recalled to Abu Dhabi for a meeting lasting several days to discuss the political future of the current after the postponement of the Palestinian elections, which Dahlan hoped to use to reenter Palestinian politics.

Around 30 people from Egypt, Lebanon, Gaza and Europe were able to travel to the United Arab Emirates (UAE) and attend the meeting, while others could not. Some were intentionally not invited as Dahlan doubted their loyalty over claims that they contacted Fatah leaders.

The future of the current, its organisation and attempts to attract Fatah members were among the issues discussed during the meeting.

The current has suffered a wave of defection of its members to Fatah after normalisation between Israel and the UAE, which hosts Dahlan and offers him financial support.

Some of the main issues discussed during the meeting were the differences among the current’s leaders in Gaza.

During the meeting, changing the name was proposed, but most of the attendants rejected this change arguing that any new name that would not include Fatah would cause more losses for the current, which considers itself a reformation action for Fatah.

The issue of senior leaders who defect and rejoin Fatah was also discussed.

The sources told Al-Quds Al-Arabi that this is the most concerning issue for Dahlan, which emerged when a number of senior leaders asked to rejoin Fatah and were accepted. “Dahlan is afraid that others will follow the same path,” the sources revealed.