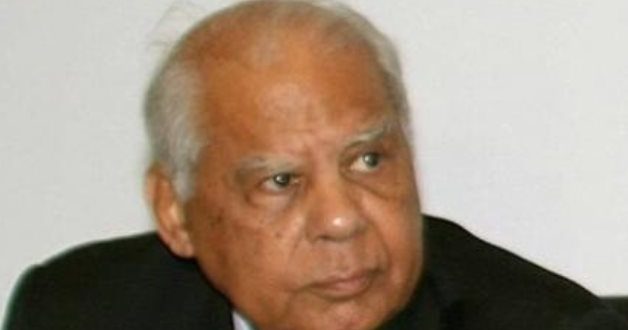 A US judge has dismissed Egyptian-American activist Mohamed Soltan’s lawsuit against former Egyptian Prime Minister Hazem el-Beblawi that accused him of involvement in torture.

In a court opinion submitted on Friday, the US district court judge cited a filing by the Biden administration that upheld Beblawi’s diplomatic immunity which protects him against lawsuits in the US.

Soltan responded to the court’s decision, saying that the news was “devastating – but expected”, given the administration’s intervention in the case. He added that he was able to refile his case and continue the legal battle.

“I will relentlessly fight for justice and accountability better, stronger and smarter until I win!” he tweeted.

My TVPA case against my torturer was just dismissed without prejudice (I can refile).

The court relied on the USG’s certification of my torturer’s diplomatic immunity!

Soltan, who spent 643 days in prison in Egypt after being arrested in July 2013, filed the lawsuit against Beblawi last June. He accused the former prime minister of direct responsibility for his treatment, which included being shot, beaten and tortured.

He sued Beblawi under the Torture Victim Protection Act (TVTP), a 1991 US law that allows victims of torture to sue for compensation from their tormenters if the accused are in the US and no longer head of state.

Beblawi, who was trained as an economist at the Sorbonne in Paris, was living in Mclean, Virginia and was on the executive board of the International Monetary Fund in Washington at the time the suit was filed.

The lawsuit stated that while in jail, Soltan was burnt with cigarettes, had his ribs broken and was held in solitary confinement. He was also denied urgent medical attention for a bullet wound.

The activist was also forced to listen to his father – who was also detained – being tortured. Since filing the suit, his father has been forcibly disappeared and his whereabouts are unknown.

In April, the Biden administration submitted a filing in the case, asserting that “Beblawi held diplomatic status at the time when the suit was commenced” and because of this the court should dismiss claims falling within “the scope of his immunity”.

The judge concluded on Friday that it lacked “subject matter jurisdiction due to defendant’s status as immune from suit”, although it noted that the decision is “in no way a reflection of the merits of [the] plaintiff’s claims or defendant’s defenses”.

The Biden administration has been heavily criticised for its dealings with Egypt after the US president had vowed to end “blank cheques” to the government. Biden had also said in a tweet that the torture of Soltan was “unacceptable”.

Still, in February, the US approved a $200m arms sale to the country at the same time that reports emerged of Soltan’s family members being arrested by Egyptian security forces.

The court decision comes as US lawmakers have also criticised the Biden administration’s stance on human rights in Egypt. Members of the US Congress Egypt Human Rights Caucus said in a statement that the administration’s decision to withhold only a portion of military aid to Egypt “violates the spirit and intent of the law”.

Last week, the Biden administration decided to withhold around $130m in military aid to Egypt, agreeing to only release the funds if the government of President Abdel Fattah el-Sisi meets a set of human rights demands.