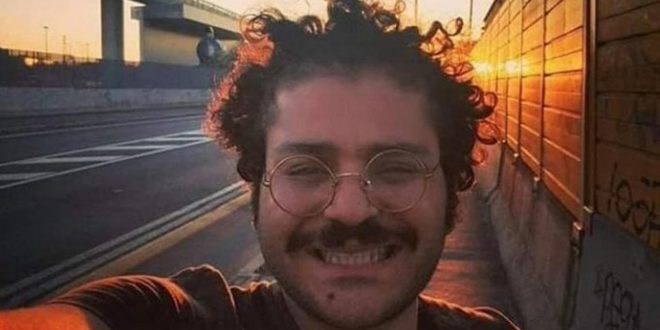 The trial of an Egyptian activist and researcher who has been imprisoned for over a year and a half began Tuesday, his lawyers said. His case has drawn significant international attention, particularly in Italy, where he studied, and has become a high-profile example of the country’s many people who are detained indefinitely without due process.

Patrick George Zaki, 29, a human rights advocate and student at the University of Bologna in Italy, worked at one of Egypt’s most prominent human rights organisations.

Zaki appeared before a court in the Delta town of Mansoura to faces charges of spreading false news about Egypt domestically and abroad. The charges are based on a 2019 opinion article Zaki wrote on discrimination against Coptic Christians in Egypt, according to a statement by the Egyptian Initiative for Personal Rights. Zaki worked as a gender rights researcher there.

The first trial session should start soon. Patrick arrived to court in Al Mansoura. His lawyers along with representatives from the embassies of Italy, Germany & Canada and a lawyer from the EU are present.
More updates to follow!#Freepatrick #Patrickzaki #Freepatrickzaki pic.twitter.com/3n8UYszPJt
— FreePatrick (@FreePatrick3) September 14, 2021

“The only reason for denying Zaki his freedom is his practice of his right to free speech in defence of his rights, and the rights of all Egyptians — and especially Christian Egyptians — to equality and full citizenship,” read the statement issued Monday and signed by another nine human rights advocacy groups.

A government media officer did not immediately respond to a request for comment on Zaki’s case or the campaign calling for his release.

In Tuesday’s hearing, prosecutors and defence attorneys presented arguments to the judge, who adjourned the trial until Sept. 28, said Hossam Bahgat, executive director of EIPR. The group is providing Zaki with a lawyer.

Zaki was arrested in February 2020 shortly after he landed in Cairo for a short trip home from Italy. His arrest became front page news there and sparked a wave of student protests in several Italian cities. At the time, the president of the European Parliament David Sassoli called for Zaki’s immediate release.

For many Italians, Zaki’s detention is reminiscent of the death of Italian doctoral student Giulio Regeni, who disappeared for several days in January 2016 before his body was found on a desert highway north of the Egyptian capital. Italian prosecutors have formally put four high-ranking members of Egypt’s security forces under investigation for their alleged roles in the slaying.

Under President Abdel Fattah el-Sissi, Egypt has seen the heaviest crackdown on dissent in its modern history. Officials have targeted not only Islamist political opponents but also pro-democracy activists, journalists and online critics. Lengthy pretrial detentions have become a common practice to keep the government’s critics behind bars for as long as possible.

On Monday, the family of another activist, Alaa Abdel-Fattah, who has been held in pretrial detention for nearly two years, voiced fears he might take his own life.

His lawyer, Khaled Ali, wrote on his Facebook page that during a brief meeting with his client on Monday, Abdel-Fattah told him that he could no longer stand his imprisonment at the maximum security wing of Tora prison, and that he was going to take his own life.

“Alaa is in imminent danger, his mental health is failing … in a prison that operates completely outside the space of the law,” his sister Mona Seif wrote in a social media post.

Abdel-Fattah was arrested in September 2019 while on probation amid a sweeping security clampdown following small but rare anti-government protests. His family and his lawyers had previously accused prison authorities of torturing him and denying him basic legal rights.

Abdel-Fattah has been detained several times under different governments for lobbying for civil rights on social media and in public. An influential blogger, he hails from a family of political activists, lawyers and writers. His late father was one of Egypt’s most tireless rights lawyers, his sisters are also political activists and his aunt is the award-winning novelist Ahdaf Soueif.

In March, an Egyptian court sentenced Sanaa Seif, Abdel-Fattah’s sister, to 18 months in jail after finding her guilty of spreading false news about the handling of COVID-19 outbreaks in Egyptian prisons.

A government media officer did not respond to requests for comment concerning Abdel-Fattah’s health and prison conditions.

Justice
All
2021-09-15
asaeid
Previous Muslim Brotherhood ready to talk with Egyptian regime with no preconditions
Next Egypt: COVID-19 Cases Spike by 72% in September