Home / Normal / Amid plan to redevelop Nazlet al-Semman, evictions without warning for residents of low-income neighborhood 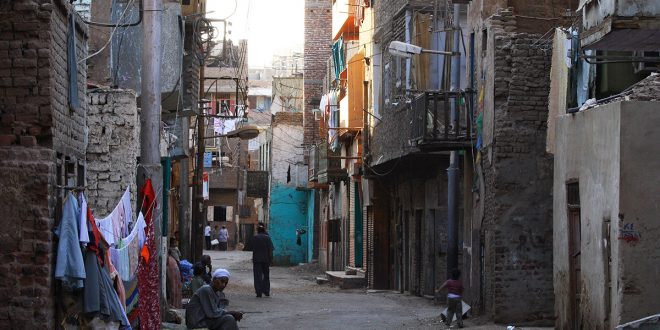 Amid plan to redevelop Nazlet al-Semman, evictions without warning for residents of low-income neighborhood

After finishing a day of work as a Giza tour guide under the blazing August sun, Sayed Omar* returned to his neighborhood, Sin al-Agouz in Nazlet al-Semman, to find his house, along with dozens of others, had been reduced to rubble.

His belongings were stacked on one side of the street. Omar began to shout at the demolition vehicles and at officials overseeing the removal operations and evictions in Sin al-Agouz. He had received no prior notice, and did not know where he would be sleeping that night.

It was his objection to the sudden destruction of his house, Omar told Mada Masr, that led security forces to arrest him, take him to National Security Agency premises and hold him there for a day. Omar said he was warned at the agency’s site that he should not cause trouble again, and that his phone was tapped.

As early as 2008, the government announced that licenses for new buildings would no longer be issued, and that the area would be part of a broader plan to establish “a special character” in areas surrounding the Giza Necropolis, with plans announced at the beginning of 2021 for the whole area to be transformed into a “live open-air museum” to accompany the new US$795 million Grand Egyptian Museum.

The first step to the area’s removal came in 2019, when four houses that were deemed to have been constructed without licenses were demolished. Alarmed, residents feared that the entire area would be removed with immediate effect and dozens gathered in what they told Mada Masr at the time was a protest out of fear that their homes would be next in line to be demolished. Twenty-two people were arrested.

At the end of August, Sin al-Agouz was designated next in line. The governor of Giza, Major General Ahmed Rashed, said that 48 families would be evicted from Sin al-Agouz: a low-income area designated “unsafe” by the Informal Settlements Development Fund, and as an “area of archaeological discovery” by the General Authority for Urban Planning.

By September 6, it was not 48 families but 173 who would be moved out of Sin al-Agouz, according to head of the Informal Settlements Development Fund Khaled Siddiq, who told Mada Masr in September that at this rate the whole first phase of Nazlet al-Semman evictions — which involve moving 800 families out of Sin al-Agouz and into government housing in the new October Gardens settlement — could be completed ahead of schedule and within under two months.

As well as the sudden demolitions without warning, families have complained that the October Gardens units are not well-provisioned with schools and health services, according to Senator Sharif al-Gabry, who is both a member of one of the five largest and most established families in Nazlet al-Semman and a member of the new upper parliamentary chamber for the Nation’s Future Party.

Gabry told Mada Masr that he had received some complaints from residents of Sin al-Agouz who moved to October Gardens regarding the lack of schools or health services, adding that he had conveyed these complaints to the Giza governor and was awaiting his response. Gabry said that the governor personally assured him a week ago that no official decision has yet been issued regarding the rest of Nazlet al-Semman.

Architect and urban researcher Amr Abou Tawila said that the Gabry, Fayed, Khattab, Shaer and Helou are the main families in Nazlet al-Semman, and make up the bulk of their wealth from a local economy based on activities related to tourism, as well as the transformation of agricultural land into urban developments.

Abou Tawila also points out that the class disparity in Nazlet al-Semman makes any kind of organized resistance to the evictions and rehousing program difficult. “Although it seems that large property owners are more affected,” he said, “they are not likely to engage in protests, especially since many of them have family members who are also members of Parliament.”

Though a small protest gathered at the end of August consisting mainly of people outside of Sin al-Agouz who feared that their houses could be next in line for demolition, residents told Mada Masr that it was small, and that regardless of its size it was quickly dispersed by Central Security Forces. At least six residents were arrested, and on September 4 the district court in Giza’s Haram neighborhood ordered them held in remand. Their lawyer told Mada Masr that the prosecution is pressing charges of protesting without a permit, rallying and inciting violence, though the lawyer said they have denied that the gathering was a demonstration and have said they were only calling for answers after they saw government employees tagging properties with a red mark, something that Siddiq told Mada Masr is merely a measure to inventory the properties in the area.

Abou Tawila also described a “strategic” process through which Nazlet al-Semman, which houses around 4,800 families in total, has been rendered more and more difficult to live in over the past decades. With a moratorium on new building licenses, properties became ostracized as “building violations” or “slums,” residents were pushed to establish informal connections to the electricity grid or to come up with makeshift solutions to secure water access, reinforcing a public perception of the area as unlawful and disorganized. Given Nazlet al-Semman’s proximity to the pyramids, press narratives about antiquities traffickers living in an illegal area of unconstrained urban sprawl construction have proved particularly adhesive.

Some residents also say they anticipated the plan. “The state has, for many years, prevented new electricity meters or water meters, natural gas, or telephone lines from being installed. I was born in 1983. I’ve known since then that the area would one day be demolished,” Amin*, a Nazlet al-Semman resident told Mada Masr.

Amin, and two other owners of larger and more well-appointed properties in Nazlet al-Semman, outside of Sin al-Agouz, were given warning of the eviction and resettlement process. All of these property owners were also from Nazlet al-Semman’s five most prominent families. Fatima*, for example, knows that she will be transferred to new housing at the end of September. She told Mada Masr that governorate employees even took her on a visit last week to the housing unit she will move into in October Gardens, an area she described as a “desert” in comparison to bustling Nazlet al-Semman.

“I lived in [Nazlet al-Semman] in a large house of several apartments with my whole family,” said Fatima, “but in the new area we will stay in separate units far away from one another. [And away] from my neighbors, my job and my children’s schools,” she said.

Siddiq told Mada Masr that the plan is for every three households to be moved together to ensure neighbors can maintain a relationship, though “‘prime”’ units with better locations or nicer views will be allotted through a lottery to ensure they are fairly distributed.

While it was alienation from her neighbors that concerned Fatima, others were anxious about losing out on the value of their real estate near the pyramids.

Mohsen*, who rents out his 230 square meter property in Nazlet al-Semman, said that he thought the move was actually beneficial for his tenants. Siddiq, likewise, told Mada Masr that renters from the area are to receive usufruct contracts that last two generations for new units in October Gardens in “a system similar to the [rent controlled] ‘old rent’ system.”

Yet, as an owner, Mohsen was concerned that he would lose out on the value of his property, saying “I inherited this house from my family, which built it in 1923. I can give it up. But what do I get in return? Until now, no one has told me what my rights are after the demolition of the house, which is in a prime area because it overlooks the pyramids. Likewise, Ali*, who owns a villa in Nazlet al-Semman that he said cost him “millions” asked, “How will they compensate me for it with small units?”

Amin also noted that his family-owned commercial property, the revenues of which his family used to build a garden. Amin said that, like many others, he doesn’t know how he’ll be compensated for these aspects of his life in Nazlet al-Semman.

The owners’ situation is different from the tenants,” says Siddiq, explaining that the apartment owners will receive financial compensation based on a market evaluation, while adding that there will be options for commercial property in October Gardens as well, with owners entitled to choose between financial compensation, new stores in a commercial area, or new bazaars in the same area of Nazlet al-Semman after its redevelopment. Yet, “these options are currently on hold, because the area in which we are working is a very poor area where there is almost no room to talk about compensation for bazaars or luxury real estate.”