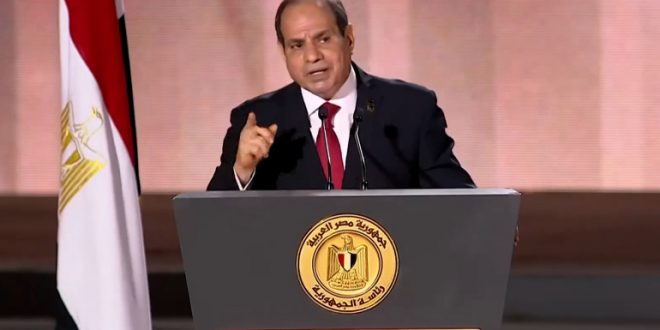 Egypt’s President Abdel Fattah El-Sisi launched on Saturday, 11 September the first homegrown National Strategy for Human Rights 2021-2026 at the New Administrative Capital, which is described as the first “integrated strategy that promotes the principles of the new republic and Egypt’s development vision,” the Presidency said in a statement.

Established in 2018, the committee was given the responsibility to provide a new structure for Egypt’s human rights strategy through carrying out a number of consultations and negotiations with several stakeholders in society, including the human rights recommendations put forth by Egypt’s National Council for Human Rights, the parliament’s human rights committee, academics, the business community, and civil society.

Shoukry added that the committee also paid particular attention to international and regional outlooks on Egypt’s human rights situation and assessed the final recommendations issued by the UN bodies as well as the most effective mechanisms needed to implement human rights strategies of more than 30 countries.
Four main pillars aimed at valuing diversity

Shoukry explained that the strategy spans a period of five years, from 2021 until 2026, and will be based on four integrated pillars: civilian and political rights; economic, social, and cultural rights; rights of women, children, disabled people, youth, and the elderly; and education and capacity building in human rights.

Shoukry noted that while the strategy respects the universal values of human rights, it should not overshadow the various national, religious and cultural contexts that people and nations come from, adding that Egypt’s strategy primarily aims to achieve the values of diversity and tolerance of other people’s backgrounds.

Shoukry added that nations have a sovereign right to formulate their own human rights strategies based on their own cultural and religious contexts, and that at the same time, the strategy achieves the priorities of national security and protection from terrorism.

He added that the strategy is in continuous development, and begins with the political will and commitment of state institutions to implement the strategy and uphold the dignity of the population and guarantee equal opportunities through their services.

Following Shoukry’s speech, Ahmed Ehab Gamal El-Din, Egypt’s permanent representative to the United Nations Office in Geneva, highlighted that Egypt’s new draft labour law will open a new chapter for a strong partnership between the state and the civil society, and affirm the role of civil society organizations as a key partner in protecting human rights.

To foster political participation, he highlighted that the strategy aims to build the skills and capabilities of political parties’ cadres for leadership through various programs, mainly the Presidential Leadership Program.

‘Respect for the rule of law is essential’

In his final speech to conclude the event, President Abdel Fattah El Sisi highlighted that without respect for the rule of law, the strategy will not be effectively implemented. He referred to the importance of paying attention to mechanisms that can ensure that human rights principles are applied on-ground.

He further highlighted that the strategy aims to promote freedom of expression and the fight against discrimination, and that state institutions will be developed to introduce policies with a human rights lens, and build on the human rights departments that were already established in various governmental ministries.