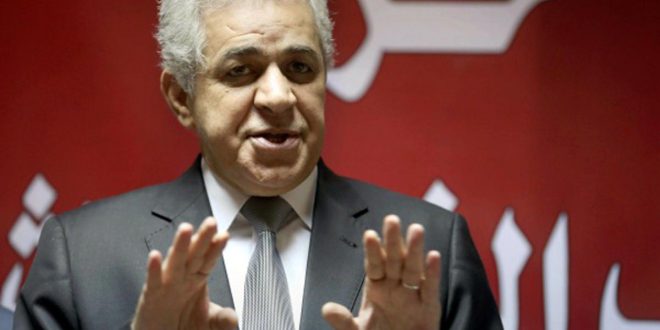 Former presidential candidate: ‘Sisi’s rule is an extension of Sadat and Mubarak eras’

Former presidential candidate Hamdeen Sabahi has stated that Egyptian President Abdel Fattah Al-Sisi is not establishing a new republic, but instead is the latest president of the republic founded by Anwar Sadat.

On Friday, the Dignity Party published a video on Facebook of Sabahi speaking at a celebration marking the 61st anniversary of the July 1952 Revolution.

Sabahi asserted: “Al-Sisi does not resemble Gamal Abdel Nasser, nor is he a copy of him as some claim, but rather is Abdel Nasser’s opposite and a copy of the late President Mohamed Anwar Sadat.”

He continued: “Al-Sisi is an extension of the regimes of the late presidents Mohamed Hosni Mubarak and Mohamed Anwar Sadat, which overthrew the republic of the July 1952 revolution.”

The Egyptian politician pointed out that: “The 23 July revolution established the first republic, during the era of Gamal Abdel Nasser, and this republic fell when Sadat went to the Israeli Knesset and established the republic of apostasy on 23 July.”

“The republic founded by Sadat is the Republic of Egypt first, the repudiation of our Arab nation, the signing of the Camp David Accord.” Sabahi noted that: “99 per cent of the playing cards are in US hands, the sale of the revolution’s gains from the public sector and the marginalisation of Egypt’s role. Sadat’s republic was headed by him first, followed by Hosni Mubarak, and then Abdel Fattah Al-Sisi.”

Sabahi stressed that: “The task of the Nasserists now on the anniversary of the celebration of the July 1952 Revolution is not to engage in battles in defence of everything that Abdel Nasser did, as Abdel Nasser made mistakes and he himself admitted that. To be a Nasserist today means to stand by the First Republic, defend democracy, oppose the Second Republic.”

“We celebrate a number of the Free Officers who disagreed with Gamal Abdel Nasser but did not oppose the principles of the revolution, such as Khaled Mohieldin and Youssef Al-Siddiq, at a time when some continued to bow their heads to Gamal, and they were the ones who led the apostasy on 23 July revolution by refraining from disagreeing with Gamal Abdel Nasser,” Sabahi expressed.