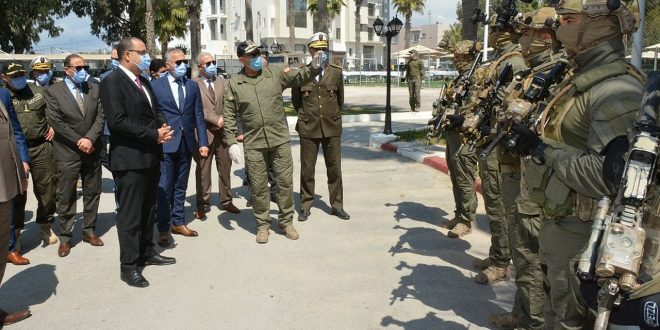 Egyptian security officials were present when the Tunisian prime minister was beaten before he resigned, Middle East Eye (MEE) has reported.

He put in place a curfew, raided Al Jazeera’s bureau and has since sacked the head of national TV.

Military tanks surrounded the parliament and government palaces and Parliament Speaker Rached Ghannouchi accused Saied of executing “a coup against the revolution and constitution.”

MEE reports that Hicham Mechichi was physically assaulted at the presidential palace after repeatedly refusing to stand down.

The former PM then announced on Facebook that he would not take up any position or responsibility in the state.

Mechichi, the former interior minister, was chosen by Saeid in the summer of last year to become prime minister and form a new government.

However, it is reported that since then the two have had a particularly rocky relationship.

Security officials were reportedly advising Saeid ahead of the coup and directing operations.

One of their sources told MEE: “[Egyptian President Abdel Fattah] Sisi offered to give Saeid all the support he needed for the coup and Saied took it.”

“Egyptian military and security people were sent to Tunisia with the full support of MbZ,” the source added, in reference to the Crown Prince of Abu Dhabi, Mohammed Bin Zayed.

In the past Tunisia’s president has praised the military dictatorship in Egypt, now considered the most repressive in its modern history.

In the aftermath of Saied’s announcement on Sunday, Assistant Professor Marc Owen Jones analysed 1,200 tweets and found that most people tweeting under the Arabic hashtag, “rise up against the Muslim Brotherhood” were Emirati and Saudi influencers and most reported their locations as in Egypt, the Emirates or Saudi.