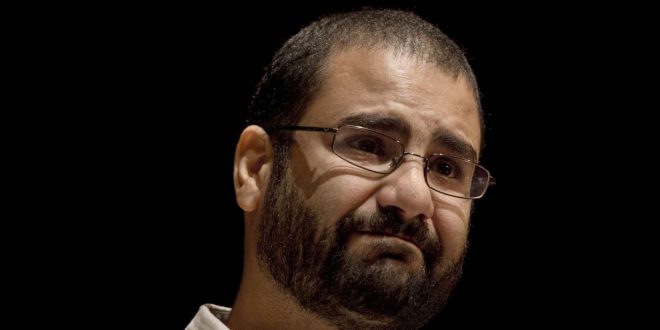 Egyptian authorities’ “deliberate [medical] negligence” means prisoners are “living with death”, detained activist Alaa Abdelfattah told his sister during her visit to see him in jail.

Taking to social media, Mona Seif said her brother had told her of 44-year-old Ahmed Saber who felt sick in his cell. He and other inmates called for help for five hours but no one answered their calls, even though a prison guard was stationed outside their cells, she explained.

“Five hours of deliberate disregard, and by the time they decided to respond, 44-year-old Ahmed Saber was dying,” Mona quoted her brother saying. Saber died in the notorious high security Scorpion (Al-Aqrab) prison on 11 June.

“I am living with death,” Alaa told his sister when she visited earlier this month during the Eid Al-Adha holiday .

President Abdel Fattah Al-Sisi, who ousted the Muslim Brotherhood from power in a 2013 military coup, has overseen an extensive crackdown on political dissent that has steadily tightened in recent years.