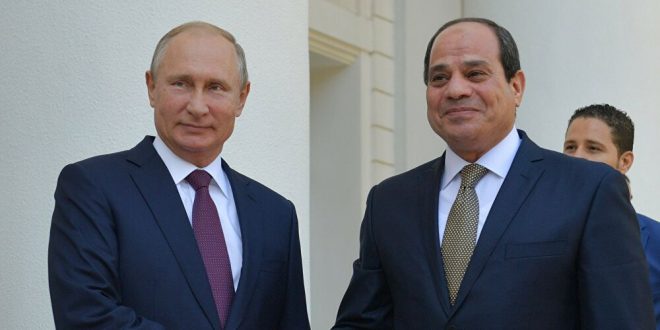 Egypt announced the postponement of the completion of the El-Dabaa nuclear plant project to 2030 instead of 2028. Egyptian Nuclear and Radiological Regulatory Authority spokesman Karim al-Adham confirmed in statements to the Egyptian economic newspaper Enterprise July 14 that El-Dabaa nuclear plant will not be completed before 2030 due to the disruption caused by the coronavirus pandemic.

Adham said that construction works for the nuclear plant will not start for another year, as regulators are likely to issue licenses to construct the plant by mid-2022. These licenses were scheduled to be issued in the second half of 2021.

The newspaper said Adham refused to provide more information about the reasons for the delay. He contented himself with blaming the pandemic for the delay in some procedures and denying any financial impediments.

Egypt had concluded a contract charging Rosatom, the Russian state-owned giant nuclear energy company, in 2015 to construct the 4.8-gigawatt nuclear plant. The investment cost of the project is $30 billion, 85% of which is financed through a $25 billion Russian loan.

The announcement of the postponement of the completion of the El-Dabaa nuclear plant project coincides with tension hanging over the relations between Egypt and Russia. In his July 8 speech at the United Nations Security Council session on the Grand Ethiopian Renaissance Dam (GERD) crisis, the permanent Russian representative to the UN, Vasily Nebenzya, expressed his country’s concern about the growing threatening rhetoric in the crisis. His statements backfired and sparked controversy in the Egyptian media supporting the ruling authority. What’s more, Ethiopia officially thanked Russia for its support in the GERD crisis.

On July 9, journalist Amr Adib, who is known for his support of Egyptian President Abdel Fattah al-Sisi, lambasted Moscow during a program on MBC. He criticized the statements of the Russian delegate on the GERD crisis as unacceptable. Adib noted that Russia rejected the threatening language, which means it rejected the military solution and demanded negotiations.

Egypt’s postponement of the full completion date of the El-Dabaa nuclear plant project delayed the construction of the first reactor at the plant to 2028 instead of 2026. El-Dabaa plant consists of four nuclear reactors with a total capacity of 4,800 megawatts, i.e., 1,200 MW per reactor.

The Egyptian dream of establishing a nuclear power plant dates back to 1955, when the late President Gamal Abdel Nasser knocked on the door of nuclear future. He signed the Atoms for Peace agreement for cooperation in the peaceful nuclear field with the Soviet Union. The following year, Egypt signed a contract for its first atomic reactor with the Soviet Union.

But when President Anwar Sadat assumed power in 1974, the prospects of achieving this dream project diminished amid tensions with the former Soviet Union. Sadat turned toward the United States to construct the nuclear plant and a cooperation agreement was signed with the United States in 1976. However, no steps were taken toward the implementation of this project.

In 2002, former Egyptian President Mohammed Hosni Mubarak announced Egypt’s intention to construct a peaceful nuclear power plant within eight years in cooperation with South Korea and China. The project was also disrupted in light of disagreement on the suitability of the Dabaa area. In 2009, negotiations over the nuclear power plant resumed with the Australian company Worley Parsons. They came to a halt with the outbreak of the January 25 Revolution that toppled Mubarak.

The dream, however, resurfaced when Egyptian interim-President Adly Mansour announced his country is taking steps toward launching its first power-generating nuclear plant in Dabaa.

Commenting on the recent Egyptian-Russion tension, Tarek Fahmy, a political science professor at Cairo University, told Al-Monitor they have been always unstable due to several factors. “This has reflected on the stability of joint economic and investment projects between the two countries,” he said.

Fahmy noted, “The postponement of the completion of the El-Dabaa nuclear project is certainly related to the tension between Egypt and Russia. This tension manifested clearly after the Russian stance in the Security Council session on the GERD and following Ethiopia’s announcement of signing a military agreement with Russia.”

On July 12, Ethiopia and Russia inked a military cooperation agreement at the conclusion of the 11th session of the Ethiopian-Russian Technical Cooperation Forum.

Fahmy argued, however, that Russia could have signed its military deal with Ethiopia to spite Egypt. “Moscow has been feeling that Egypt is putting it second after Washington. Also, Egypt participated in the Sea Breeze naval exercises in the Black Sea region despite Russia’s threats to fire on intruding ships.”

On June 28, the joint naval exercises kicked off. They were hosted by the United States and Ukrainian navies in the Black Sea off the disputed Crimean Peninsula between Russia and Ukraine.

Hesham Hegazy, head of the nuclear fuel sector at Egypt’s Nuclear Power Plants Authority, had affirmed in statements July 12 that the Egyptian nuclear program will not be limited to the construction of the El-Dabaa plant project. He said that a number of nuclear projects are in the pipeline in the north coast region.

Fahmy believes, however, Russia and Egypt will eventually reach an agreement and complete the nuclear power project. “Cairo wants to complete it as soon as possible, and Moscow is also aware of the importance of its relations with Egypt,” he concluded. 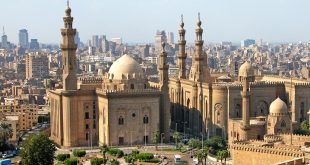 On August 23, 2021, President Sisi, during a television appearance, called for a “re-formulation of …