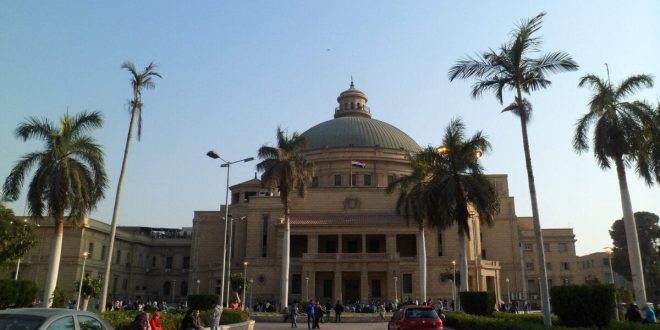 Egypt’s Supreme Council for Universities has asked university deans to make lists of “terrorist” employees so they can be expelled.

At the end of June Egypt’s parliament approved a draft bill enabling employers to dismiss government employers who belong to a “terror group”, including the Muslim Brotherhood.

The bill was finally approved on 12 July. Parliamentarians agreed that the bill was essential to “protect national security.”

In September 2013 following the coup, Egypt banned the Muslim Brotherhood, then three months later classed the group as a terrorist organisation.

After the group was outlawed authorities arrested members of the Guidance Office and Shura Council, then moved onto members in public services, the media, the judiciary, the military and NGOs.

Members have been tortured systematically, kept on pretrial detention, face the death penalty, and have died after being denied medical care.

There is currently a widespread campaign by rights advocates to stop the death penalty being used against 12 members of the Muslim Brotherhood who are in prison on charges relating to police violence during the Rabaa sit-in and massacre.

Deputy of the Egyptian Social Democratic Party Maha Abdel Nasser said that the law would be a “sword and a tool for revenge.”

Others criticised the law for violating Article 53 constitution, which bans discrimination according to someone’s political beliefs.

In the past, the UN has said that Egypt is using terrorism charges to target legitimate human rights activities, “and have a profound and chilling effect on civil society as a whole.”

Hundreds of protesters have been arrested and detained pending investigations into terrorism.

The purge is part of ongoing and widespread efforts by the Egyptian government to exterminate any political opposition to its rule.