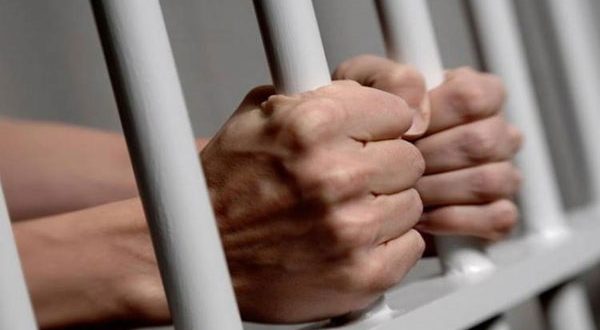 In the last six months of Mohamed Soltan’s prison sentence, he was placed in isolation in Egypt’s notorious Torah Prison, where he was beaten and tortured mentally and physically every day.

“I was completely cut off from the rest of the world, with no access to daylight or sense of time,” he said. Only jailed members of the armed group ISIL (ISIS) had access to his cell – and they attempted to recruit him.

“They tried to talk me out of my hunger strike, because ‘the world only respected hard power, might makes right’, they told me. They tried to sell me on taking matters into my own hands and joining their ranks to fight oppression,” said Soltan, an Egyptian-American human rights defender who was imprisoned for 22 months from 2013-2015.

Soltan, who was charged with “spreading false news” for tweeting about the dispersal of demonstrations and spent much of his prison sentence on a hunger strike, said he saw first-hand how ISIL members recruited inmates by exploiting their pain and grievances towards the Egyptian government.

HRF’s report – Creating Time Bombs: How Abuse in Egypt’s Prison System Fuels ISIS Recruitment – released on Thursday draws on testimonies from prisoners released between 2019 and 2021, who said ISIL continues to recruit prisoners, a practice partly fuelled by torture and abuse that is widespread in Egyptian prisons.

Since Egyptian President Abdel Fattah el-Sisi took power following a 2013 military coup, thousands of people have been imprisoned for their political opposition, including doctors who criticised the government’s handling of the COVID-19 crisis and TikTok influencers, while death sentences have risen three-fold.

Soltan’s father, Salah Sultan, was among 36 people sentenced to death in a mass trial in April 2015. Salah, a prominent Muslim scholar, has been in prison for eight years for supporting the 2013 anti-government protests.

El-Sisi has long claimed there are “no political prisoners in Egypt”.

But rights groups estimated 60,000 political prisoners are being held in Egyptian jails, more than half of the country’s estimated prison population of 114,000.

With an official prison capacity of 55,000, jails are severely overcrowded and, according to Amnesty International, the average space available to each inmate is 1.1sq metres (12sq feet).

Prisons conditions are “worse than they have ever been”, said Sarah Leah Whitson, executive director of Democracy for the Arab World Now (DAWN).

Abusive conditions have led to the death of as many as 958 inmates between June 2013 and December 2019, according to the Committee for Justice, a Geneva-based independent human rights group.

Former inmates said allowing ISIL members to mix with young, disenfranchised prisoners who oppose the government on political grounds and are regularly tortured, is creating a “ticking time bomb”.

“What is a catastrophe is that authorities have not separated the prisoners connected to real cases of terrorism from those who simply oppose the regime on political grounds,” Youssef*, a former inmate released earlier this year, told HRF.

“I have never seen the prison authorities interfere to prevent this from happening,” he added.

For some prisoners, radicalisation takes months, for others years.

“It’s a process, not a light switch, the longer they face oppression, the easier it is for them to be recruited,” said Soltan.

One of the main motivations for inmates to join ISIL is “an opportunity for revenge against the system that has tortured them”, said Brian Dooley, author of the report and a senior adviser at HRF.

Amr Hashad, a former prisoner who spent a total of five years in 11 detention centres from 2014 to 2019 after protesting against the government, said ISIL fighters promised to help him get justice.

“After 60 days of torture in which they break your mind, body, and soul – what side would someone choose?” Hashad said.

Another motivation for inmates, who are deprived of medical treatment and often denied food packages from their families, is access to better conditions.

Former detainees said ISIL members get access to phones, better food and proper medical treatment, four hours of recreation as opposed to two for other prisoners.

“ISIS are the best organised faction in the prison and many prison officers are scared of them. They use that power for better privileges,” said Dooley.

Reports of abuse and torture in Egypt has done little to change el-Sisi’s reception on the world stage.

The UK has licensed at least 218 million pounds ($300) in arms to Egypt since the uprising in 2011, according to the British arms-tracking group Campaign Against the Arms Trade.

Although US Secretary of State Antony Blinken declared last February that human rights will be “central” to US-Egypt ties – a shift in tone from Donald Trump’s frequent praise of el-Sisi, his “favourite dictator” – activists say Washington has not meaningfully confronted the abusive practices of its ally.

In February, the State Department confirmed a $197 arms deal with Cairo, following what Dooley called “a disappointing pattern of business as usual”.

US aid to Egypt

For the past decade, the US has conditioned about $300m of an annual $1.3bn in economic and military aid on human rights reforms in Egypt.

The Obama and Trump administrations released the funds despite criticism from human rights organisations about a lack of improvement in human rights.

A decision on whether the US will hand Egypt the conditioned $300m is expected to be taken in August.

Dooley said Washington should withhold that chunk of aid, issue targeted sanctions on authorities that could be used to insist on accountability in egregious cases of abuse, and US officials should request to visit prisons and assess their conditions.

Whitson said blocking the $300m “is the very least” that can happen.

“The Egyptian government is issuing new prosecutions against human rights activists, extending the detentions of journalists and scholars, and issuing death sentences in the dozens against the political opposition,” she said.

“By all lawful rights, the US should not be providing a penny of military support to Egypt’s grossly abusive government.”

Continuing business as usual will not change the behaviour of Egyptian authorities or “end the policies that fuel violent extremism”, said Dooley.