Home / Normal / US warns Egypt against crackdown on activists 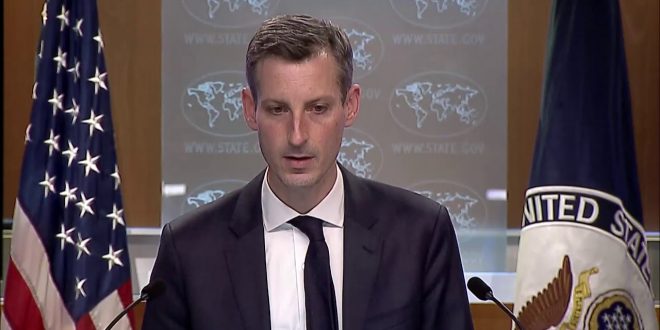 US warns Egypt against crackdown on activists

The United States said yesterday that it had warned Egypt not to crackdown on civil society activists, saying this could affect arms sales.

US Department of State spokesman, Ned Price, said during a press conference that America is concerned about the continued detention, harassment and indictment of civil society activists, academics and journalists in Egypt, adding that Washington has communicated this concern to the Egyptian government.

Price added that his country informed the Egyptian government that civil society personalities like prominent journalist and human rights activist, Hossam Bahgat, must not be targeted.

Bahgat said this week that prosecutors had told him his trial would start on 7 September on charges related to his use of social media and criticism of the National Election Authority last year.