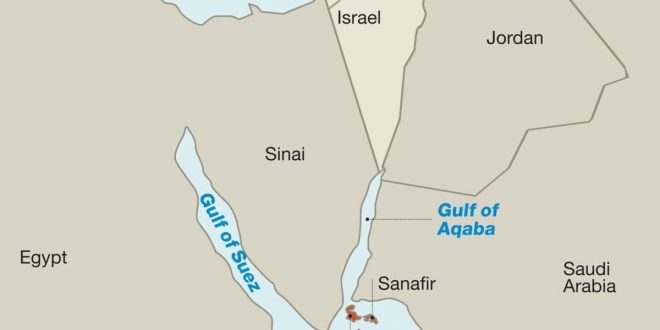 The Saudi Coast Guard has turned away three Egyptian tourist boats near the Red Sea islands of Tiran and Sanafir, which President Abdel Fattah Al-Sisi previously transferred to Saudi control amid outrage by opponents in 2016, Lebanese newspaper Al-Akhbar reported.

The Saudi action comes despite a 2017 Egyptian government report stating that Egypt would maintain administrative control over the islands while ceding its sovereignty over them to Saudi Arabia. “The agreement terminates only the part which concerns [Egyptian] sovereignty; it does not terminate the necessity and justification of Egypt’s protection of this region due to security reasons,” according to the report, which was presented to Egyptian Parliament before ratifying Al-Sisi’s agreement with the Saudis.

In April 2016, Al-Sisi and Saudi King Salman Bin Abdelaziz signed a maritime demarcation agreement stipulating the transfer of sovereignty over the Islands to Saudi Arabia. The agreement sparked outrage and a wave of rare protests from Egyptian opponents of the agreement. The opponents believed that the Egyptian president “sold” Egyptian territory in return for Saudi aid, in order to avert criticism and possible riots over Egypt’s economic woes.

In its report to Parliament, the Egyptian government confirmed that the country would maintain administrative control over the islands to preserve Egyptian and Saudi national security.