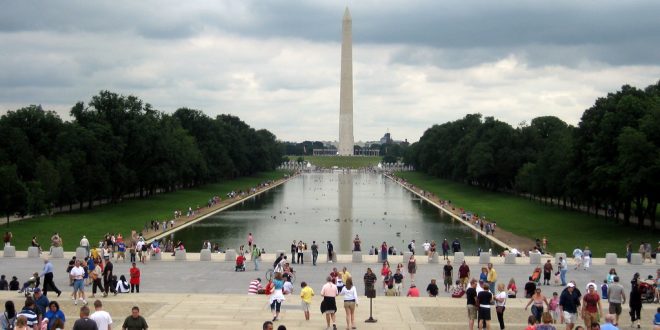 Apparent inaction from the Biden administration in the face of Egypt’s campaign of repression against dissidents abroad has led to a heightened climate of fear for activists and their families, Egyptian activists, academics and rights groups have said.

The most recent example of Cairo’s campaign emerged this week, with Egypt’s spy chief, Abbas Kamel, claiming the US agreed to imprison Egyptian-American activist Mohamed Soltan after he was released from an Egyptian prison in 2015, Politico reported.

The Ohio State University graduate spent nearly two years in prison, of which 490 days were on hunger strike. His protest against his detention gained worldwide attention, adding pressure on then-US President Barack Obama to secure his release.

According to Politico, Kamel asked lawmakers in Washington last month why Soltan was “free and living in Virginia” when the US had promised Egypt that he would serve the remainder of his life sentence in a US prison.

State Department Spokesman Ned Price acknowledged the letter Kamel presented to US lawmakers which laid out the alleged arrangement, but said the White House had no comment on its legality.

Kamel’s remarks, coupled with a lack of a response from the Biden administration, has triggered alarm among US-resident Egyptian dissidents, who fear President Abdel Fattah el-Sisi is being granted a de facto green light to continue to ignore international borders in his crusade against opposition.

In a series of Twitter posts, Soltan expressed his amazement that he was listed among Kamel’s diplomatic priorities such as the ceasefire in Gaza, tensions between Egypt and Ethiopia over the Grand Ethiopian Renaissance Dam (GERD) on the Blue Nile and Libya’s elections.

“You know how crazy that is, right? That the Egyptian regime perceives an outspoken human rights defender as a national security threat for educating DC about their egregious human rights violations,” he wrote on Twitter.

Egypt’s intel chief on his first visit to DC, brought his top 4 national security dossiers to discuss w/senior US officials (1-3 from meeting readout):

Amr ElAfifi, deputy development director at the Freedom Initiative, told Middle East Eye that the list of topics for discussion with US lawmakers showed what “happens against exiles is thought through and comes from the very top”.

ElAfifi, a PhD student researching post-Arab Spring exiles in the US, said the targeting of Egyptians such as Soltan – who are US citizens – indicated a “direct interference in US sovereignty”.

“This is something that we’d expect our government to stand up for,” he said.

“If such a step is not seen as serious and as an escalation by the Egyptians, then it’s extremely likely that they’re going to see this as a green light to continue these efforts.”

Since coming to power, Sisi’s government is reported to have jailed more than 60,000 dissidents, according to human rights organisations.

The crackdown has targeted notable US-based activists’ families still resident in Egypt. A group of Soltan’s relatives were arrested several months ago.

“We’re still not safe,” Rasha Badawy, an Egyptian activist living in the US, told MEE.

“I’m scared to go to the embassy, to do anything. We’re not in jail, and we’re outside Egypt, but they’re still targeting us.

“I still have dreams nearly every day that the regime in Egypt comes to my house and arrests me,” she added.

The Freedom Initiative reported earlier this year that the long arm of Cairo’s repression had reached the US, with the rights group citing the cases of American nationals, visa holders, and permanent residents who had their family back in Egypt detained as a tactic to force their own return, at which point they would likely be imprisoned themselves.

Philippe Nassif, advocacy director for the Middle East and North Africa at Amnesty International USA, told MEE that “as long as there’s no accountability for the harassment and intimidation that activists have faced in Egypt, and their families abroad or these activists abroad as well, this behaviour is going to continue”.

“I worry about the safety of some of these activists, American citizens or not, who are outside of the borders of Egypt, based on the kind of behaviour we’re seeing the Egyptians engage in.”

Raed Jarrar, advocacy director for Democracy for the Arab World Now (DAWN), said one of the reasons behind the increased tenacity of Egypt’s transnational repression campaign came from a lack of US opposition.

“The Sisi regime thinks they are at a place where they can pressure the US government to imprison political activists because they’re completely left unchecked,” Jarrar told MEE.

“If the Egyptian regime paid a price for these human rights violations, they wouldn’t have felt brazen enough to send the head of intelligence to the US with a ridiculous request like this one.”

The administration of President Joe Biden, who said on the campaign trail in 2020 that there would be no more “blank cheques” for Sisi, has, for its part, highlighted human rights abuses committed by the Egyptian government.

Still, the administration has not translated this criticism into concrete actions to stop such abuses, advocates and activists noted.

When news of the arrest of Soltan’s family members surfaced in February, the US continued to approve a $200m arms sale to Cairo. Rights groups condemned the move and called for the arms sale to be stopped.

“Joe Biden disappointed us so much,” Aly Hussin Mahdy, an Egyptian activist living in the US, told MEE.

Members of Mahdy’s family were arrested in Egypt earlier in the year after a series of videos he posted online speaking out about human rights abuses in Egypt went viral.

He said that, despite supporting Biden in the presidential elections, and Biden promising to hold Egypt accountable, the US president had remained “close to Sisi, sells him weapons and does not impose any sanctions on him”.

Elisa Epstein, advocacy officer for Human Rights Watch, said the demand brought by Egypt’s spy chief was evidence that the Biden administration needed to “more forcefully place human rights at the centre of US policy towards Egypt”.

“Whatever the administration’s rhetoric on human rights, it seems not to mean much to Egyptian officials,” she said.

Rights advocates have stressed there is still time for the Biden administration to pressure Egypt over its human rights violations.

Jarrar, the advocacy director at DAWN, noted the easiest option for Washington would be to halt the $300m of aid that goes to Egypt annually, upon which Congress already placed conditions pertaining to the human rights situation in the country.

For several years, Congress has been imposing human rights conditions on part of the $1.3bn military aid that is sent to Cairo each year, but the previous two US administrations issued national security waivers to bypass the restrictions.

“The easiest thing – the lowest hanging fruit – they can do is suspend $300 million because of Egypt’s inability to meet the conditions set by Congress to continue US aid,” Jarrar said.

One of the most glaring examples of Cairo’s inability to meet the human rights conditions, Jarrar noted, is last month’s upholding of the death penalty for a dozen members of the Muslim Brotherhood, including two senior members.

DAWN’s examination of the defendants’ backgrounds and the available court record of the proceedings against them found there was no evidence or no specific, individualised evidence, that had been made public to support the charges against them.

Congressman Don Beyer, co-chair of the Egypt Human Rights Caucus in the House of Representatives, echoed those remarks, saying “the Sisi regime feels emboldened to threaten American citizens on US soil because their widespread human rights violations have continued without consequences or accountability”.

“Now the head of Egyptian intelligence is trying to make leading Members of Congress accomplices to Egypt’s authoritarian crackdown,” he said.

“If this does not cause American leaders to rethink and reevaluate our relationship with the Sisi regime – or question the wisdom of continued military aid and weapons sales without any conditions related to human rights abuses – I don’t know what will.”