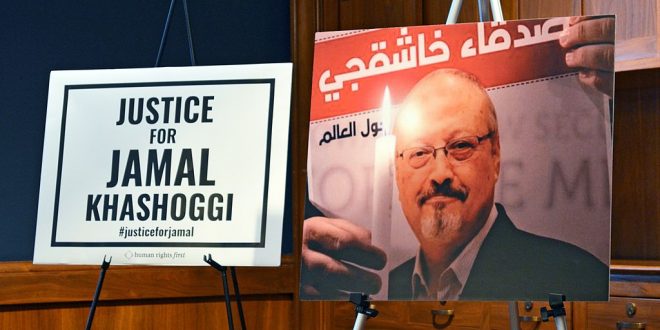 An investigation by Yahoo News has revealed that the airplane carrying the Saudi assassins who killed journalist Jamal Khashoggi stopped off in Cairo to pick up deadly narcotics.

These narcotics were injected into the left arm of Khashoggi killing him within a matter of minutes.

This reveals a previously undisclosed link between Egypt as an accomplice for Khashoggi’s death, reports Yahoo, and proves that the hit team planned to kill him.

In 2019 a UN report has said that it was likely that Khashoggi was injected with sedatives before being suffocated with a plastic bag.

The crown prince has denied ordering the Washington Post columnist’s death and claimed he was killed in a “rogue” operation.

However, UN Special Rapporteur Agnes Callamard said that Khashoggi was “the victim of a deliberate, premeditated execution.”

Prominent critic of the Saudi Crown Prince Mohamed Bin Salman, Khashoggi was killed by a team of Saudi agents inside the consulate in Istanbul on 2 October 2018.

Saudi Arabia held its own trial which has widely been slated as incomplete and as “the antithesis of justice” by Callamard.

Court proceedings were closed to the public and the kingdom prohibited international investigators from working in the country.

Yahoo News says that it will detail the information in its upcoming podcast, “The secret life and brutal death of Jamal Khashoggi.”

US-based Saudi journalist Jamal Khashoggi was murdered in the Saudi consulate in Istanbul in October 2018. Following months of investigations into the murder, a UN report concluding that Saudi agents killed Khashoggi under the direct command of Crown Prince Mohammed Bin Salman.