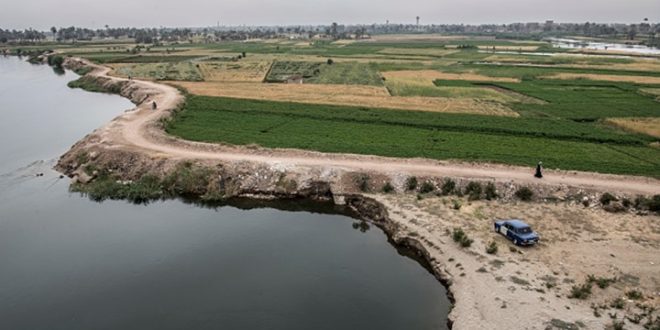 Egypt stands to lose 72 percent of farmland over dam

Egypt could lose as much as 72 percent of its farmland when the latest phase of the Grand Ethiopian Renaissance Dam is completed, according to a new study cited in the London-based Al Quds al-Arabi.

The study, conducted by NASA, the University of Southern California and Cornell University, finds that while the dam offers development opportunities for Ethiopia, the changing flow of the Nile River will lead to significant water deficits in Egypt.

Egyptian scientist Essam Heggy, who worked on the study, said that if the deficits created by the completion of the second phase of the dam’s construction are not addressed with a joint agreement for water storage, he expects Egypt to lose up to 72 percent of its arable land.

The loss of water – which he estimated could be as much as 40 percent of Egypt’s current water share – could see unemployment rates rise to 25 percent and the gross domestic product drop by as much as 8 percent.

“Egypt will overcome this crisis, but at a high price, which will make it more vulnerable to other water and environmental crises looming over a near horizon,” Heggy said.

“The quick profit diggers investing in the Renaissance Dam project are fully responsible for the disaster that could take place not only in Egypt but in the entire region, as well as the destruction of a river which represents is the cradle of human civilization and the legacy of all mankind.”