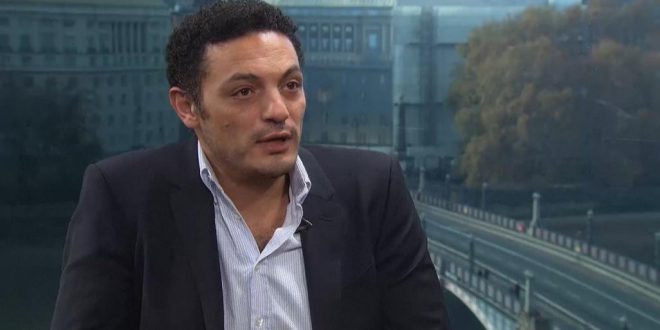 Egyptian whistleblower Mohamed Ali has called for Egyptians to go down onto the streets and protest on 10 July against authorities’ failure to stand up to Ethiopia amid the ongoing dam negotiations.

Egypt has been locked into talks for several months with Ethiopia who will press ahead with the second filling of the Renaissance Dam in July despite Egypt’s concerns over water shortages.

Ethiopia says the dam will provide it with electricity and economic regeneration whilst Egypt thinks it will restrict its access to Nile water.

Egypt is almost entirely dependent on Nile water, receiving around 55.5 million cubic metres a year from the river which it uses for drinking water, agriculture and electricity.

Cairo has asked Addis Ababa to guarantee that it has access to at least 40 billion cubic metres of Nile water.

Under the Arabic hashtag, “go out on 10 July for the Nile Revolution” Egyptians are calling for freedom, dignity and to achieve the goals of the revolution.

It trended for two days, followed by a second Arabic hashtag, “the people want the fall of the regime,” which is currently trending in Egypt.

“If Egyptian people do not move to extract their rights and sovereignty, their situation will not change. The people are the decision makers,” wrote one Twitter user.

At the end of May a legal communication was submitted to the African Commission on behalf of five Egyptians raising concerns over the actions of the Ethiopian and Egyptian government vis a vis the Renaissance Dam.

The communication centred on the governments’ failure to meet their obligations to conduct effective consultations with Egyptian citizens who will be impacted by the dam.

Farmers have had their access to Nile water limited which has detrimentally affected their livelihoods.

He was charged with joining a “terror” group, spreading false news and misusing social media.