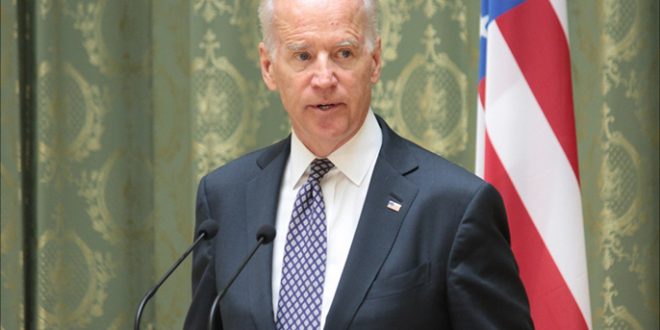 US President Joe Biden has requested that $1.8bn in US military aid go to Egypt next year, despite calls from rights groups to limit defence aid to Cairo over human rights violations.

Under Biden’s first budget proposal to Congress, his Fiscal Year (FY) 2022 Defense Budget reflects no change at all in Washington’s slated military aid – which has remained the same since 1987 – to the north African country.

For the past several years, Congress has been imposing human rights conditions on parts of the military aid, but the administrations of Barack Obama and Donald Trump both issued national security waivers to bypass the restrictions.

Former President Trump had an unusually close relationship with Egypt’s current president, Abdel Fattah el-Sisi, who he once referred to as his “favourite dictator”.

But Biden had vowed to make serious changes in Washington’s ties to the Sisi government, saying in July that there would be “no more blank checks” to Cairo.

Middle East Eye reached out to the White House to ask why, given past policy pledges, the military aid request remained the same as previous years, but did not receive a response by the time of this article’s publication.

Just after the FY2022 Defense Budget was released on Friday, five leading human rights groups released a statement slamming the administration for submitting a request for “effectively, another blank check”.

Signed and published by Amnesty International USA, Human Rights Watch (HRW), The Freedom Initiative, Project on Middle East Democracy (POMED) and the Cairo Institute for Human Rights Studies, the statement said that the request for unconditional, unchanged aid “undermines the administration’s stated commitment to put human rights at the center of the US-Egypt relationship”.

“US law prohibits security assistance to countries engaged in a consistent pattern of gross human rights violations that the State Department and UN have documented. By ignoring the law and continuing the decades-long tradition of requesting $1.3 billion in military aid, the administration continues a troubling ‘business as usual’ partnership in direct contradiction to the president’s promise,” the groups said.

The groups then went on to call on Congress “to ignore the administration’s request and take meaningful steps towards rebalancing US foreign assistance to Egypt away from the current lopsided provision of military aid”.

Last month, the groups, along with 11 others, wrote a letter to top Biden aides, urging the administration to allow Congress to condition 30 percent of US military aid to Egypt for FY2020 by choosing not to issue an overriding national security waiver.

Congress has issued conditions on $300m of the aid for the current fiscal year, which ends in October, but is unclear whether the Biden administration plans to allow the conditions.

So far, the Biden White House has been less critical of the Egyptian government than many analysts expected, facing outrage from rights activists earlier this year when it authorised a $197m arms sale to Cairo.

The approval came at the same time when the Egyptian government arrested relatives of Egyptian-American Mohamed Soltan in an apparent retaliatory move against his human rights advocacy.

Meanwhile, Egypt has renewed its position as a go-to mediator between Israel and the Palestinians, having just weeks ago helped to broker a US-backed ceasefire that ended Israel’s bombardment of the Gaza Strip and the Hamas movement’s sporadic missile fire at Israel.

Following the ceasefire announcement, the Biden administration faced criticism for the level in which it relied on Cairo during the crisis. Rights groups were also concerned Secretary of State Antony Blinken failed to meet with any civil society representatives during the following regional tour that sought to bolster the ceasefire agreement.

In its own annual rights report released last month, the State Department documented extensive abuses in Egypt, including arbitrary killings, forced disappearance, torture, “serious restrictions on free expression” and “substantial interference with the rights of peaceful assembly and freedom of association”.

In March, the US joined 30 other countries at the UN Human Rights Council in expressing “[deep] concern about the trajectory of human rights in Egypt” and calling on the Sisi government to end its assault on press freedom and freedom of expression, ensure accountability for rights abuses, and constructively engage with the UN.

Since ascending to power after a 2013 coup against democratically elected President Mohamed Morsi, Sisi has ruled with an iron fist, criminalising virtually all forms of political opposition and jailing dissidents by the thousands – including US citizens and their family members.