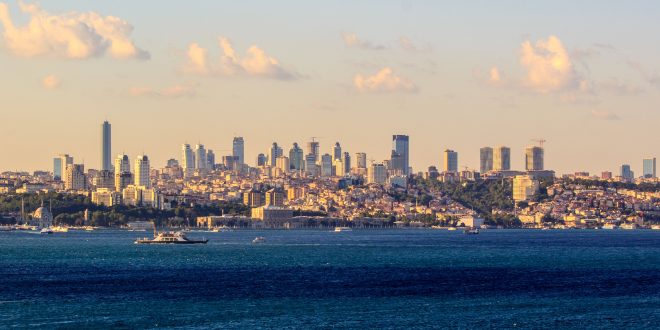 A number of Egyptian exiles have raised concerns that the recent rapprochement between Turkey and Egypt could impact their journalism work, specifically their freedom to express critical opinions of the Egyptian government.

A senior Turkish government official, who was briefed on the issue, told MEE, on condition of anonymity, that the heads of Mekameleen and Al-Sharq, two Egyptian satellite TV channels based in Istanbul, were “asked to soften their political criticisms against the Egyptian government and stop personally attacking Sisi”, amid a rapprochement between the two regional powers.

The development has left many people residing in exile in Turkey apprehensive about future decisions, and expressing their opinions freely.

Osama Gaweesh, the editor-in-chief of EgyptWatch, an independent advocacy and news platform, said the developments could have a significant impact on those working for opposition TV channels, and the decision to scale down criticism could potentially escalate.

“It is hard for my colleagues at Mekameleen to tone down criticism of Sisi and the regime because the purpose of the station is to criticise and expose the regime’s human rights violations and corruption,” he told Middle East Eye.

“I think this is the first step that could be followed by other orders from the Turkish government who could close the TV station within months.” he added.

Sisi’s government has banned all political opposition and independent media, and many have fled the country during the crackdown. Some launched channels abroad, mainly in Turkey, which has become a safe haven for members of the opposition and supporters of former president Mohamed Morsi, who was deposed in a coup led by Sisi, the then army chief.

In recent weeks, however, statements from both sides have hinted at fresh efforts to mend relations between Ankara and Cairo.

According to Gaweesh, the Egyptian government is determined to close down opposition channels that are operating from Turkey.

“It’s difficult because I think over 150 employees work for Mekameleen, and around the same number work for Al-Sharq TV, so many people will be left without work in a foreign country, facing a language barrier, forced to start from scratch while supporting a family. It’s not easy,” he said.
Starting again

Despite the challenges, Gaweesh insists that activists and journalists are determined to uncover human rights abuses and corruption taking place in Egypt.

“We fled the country seven years ago to defend human rights and democracy, so even if the Turkish government asks us to leave and close the TV channel, I believe that in a few months we would restart in a different country and continue on this journey.”

Hamza Zawba, an Egyptian journalist living in Istanbul, also believes that the decision will have an impact on freedom of speech and those who are critical of Egypt’s policies.

“We are facing difficult, hard times, and throughout the history of opposition, people in exile have always faced some sort of troubles,” he told Middle East Eye.

“It’s particularly difficult if you do not have a safe haven to tell your story.

According to Zawba, so far, no one has asked journalists or any opposition channels to stop operating or minimise their numbers. However, there are still concerns that the decision could escalate.

“As president of the Egyptian media professionals abroad, we have almost 700 members. Who will take care of them if something happens after this decision?” he said.

“Now after this decision, many people are looking for another safe haven.”

The development comes amid heightened international condemnation of Egypt’s human rights record under Sisi, with 31 countries decrying his government’s use of “terrorism” accusations against its political opposition.

The comment was perceived by opposition journalist Gamal Sultan as the “first official confession that opposition media has triumphed over state media”.