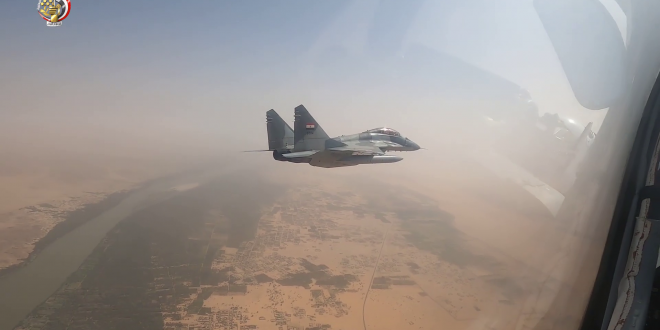 Egyptian MiG-29 fighters and Sudanese FTC-2000 fighters are shown flying over the Nile River, with the training drill having concluded in Sudanese land.

This is the second time that Egyptian MiG-29 fighters have appeared in a drill, following the “Nile Eagles One” maneuvers between the Egyptian Air Force and its Sudanese counterpart.

This final phase of “Nile Eagles-2” involved the preparing and take off of some multirole aircraft and choppers to conduct air interception and protection of the troops.

They assaulted many targets in depth and trained on how to defending vital areas. The Special Forces conducted tasks such as assaulting and eliminating a terrorist den.