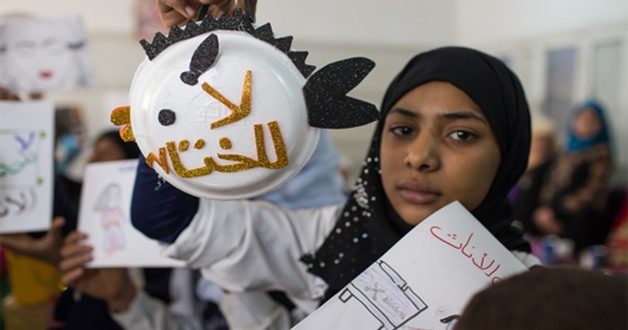 Egypt’s Senate (the Upper House of the Parliament), chaired by Speaker Counselor Abdel, has finally approved a bill amending some provisions of the Penal Code No. 58 of 1937 regarding toughening the penalty for female genital mutilation (FGM).

The draft law, which has been drafted and submitted by the government and has been approved during the plenary session, aims to confront the FGM phenomenon, stressing that this crime violates the sanctity of the body.

FGM is one of the worst crimes & violations affecting women psychologically and physically. Therefore, combating FGM is one of the major constitutional and legal commitments of the Egyptian Government.

The new amendments stipulated that whoever conducts female gentile mutilation by removing part of the female’s genitals or modifying, mutilating, or inflicting injuries to those organs shall be punished with imprisonment for a period of no less than five years.

As per the new amendments also, if the doer of the crime is a doctor or nurse, he or she shall receive the penalty of rigorous imprisonment (from 3 to 15 years in jail). If the crime resulted in a permanent disability, the penalty shall imprisonment for not less than 10 years with hard work, but if the act leads to death, the punishment shall not be not less than 15 years and not exceeding 20 years.

In addition to this, the court shall rule to dismiss the offender from his position for a period not exceeding 5 years if the crime was committed for a reason associated with his/her job. The facility where the crime committed shall be closed for the same period during which the perpetrator will be under suspension from his job.

Egyptian efforts against female genital mutilation extend from the early beginnings of the last century. In Egypt, percentage of FGM of ever married women in age group 15-49 has decreased from 92.3%.

In 2008, the 1st Criminal protection provisions against FGM were issued as the Penal Code was amended to provide for penalties criminalizing FGM, Article 242 bis stipulated that anyone performing female circumcision shall be punished by a term of imprisonment of no less than three months and no more than two years or a fine of no less than EGP 1,000 and no more than EGP 5,000. Nevertheless, legislators have judged that such penalty is not proportional to the committed offence, therefore, in 2016, they amended Article 242 bis by aggravating the penalties of the Penal Code, and introducing a new Article 242 bis A all under the Law 78/2016.

The amendments of 2016 redefined FGM as a felony rather than a misdemeanor and increased the penalty for performing FGM from five to seven years of imprisonment and up to 15 years’ imprisonment if the act of FGM leads to the death of the victim or a permanent disability, Also the articles provided punishment between one to three years’ imprisonment of any individual who requests and abets the performance of FGM.