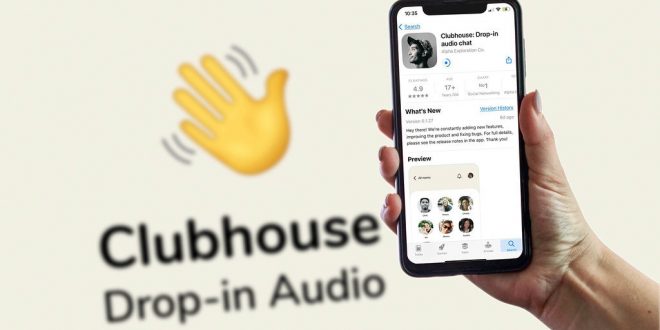 The audio-chat app Clubhouse has reportedly drawn the ire of pro-government figures in Egypt, and an analyst has taken to Twitter to warn Egyptians to remain vigilant in the conversations they are having.“If you live in Egypt,” Timothy E. Kaldas of the Tahrir Institute for Middle East Policy warned on Twitter, “Be careful”.

“I don’t mean to deter anyone from speaking their mind, but be aware of the risks, especially if you’re in a room with people the govt has its eyes one,” he added.

Kaldas went on to share that whilst the app was a good opportunity for Egyptians to communicate with those of the diaspora, it was, like most communications in the country, monitored by the government.

Topics with very little public space to speak about freely are being discussed on the app including “religion, sexuality, queer nationalism, feminism, Islamism vs Secularism…and countless other things”.

However, whilst the topics rarely veer into politics in Egypt and debating policies, Kaldas says the ease with which people are discussing such issues is “worrying”.

“Some people are letting their guard down & saying things they wouldn’t publicly say elsewhere. While I doubt the regime has yet figured out how to monitor communication there en masse, they’re definitely listening,” he wrote.

“Regime informants are on the app. Interestingly, there are also public officials including ministers. I was in a room with one who was taking questions from random ppl in the room.

“I do fear it’s only a matter of time until someone is arrested for what they say on the app,” Kaldas said.

The state under President Abdel Fattah al-Sisi is known to brutally crack down on dissident activity, with a 2018 law effectively criminalising criticism of the regime on the internet and social media.

Early signs of a witch hunt emerged when Ahmad Mousa, a talk-show host for a state-controlled Sada Elbalad TV, claimed to have hacked a “Muslim Brotherhood-linked” group active on Clubhouse.

Mousa claimed to have uncovered a “terrorist” network of users. He named Ahmed Abdel Basit, an Egyptian academic who faced the death penalty and sought asylum in the US, and Susan Gharib, who Mousa claimed was linked to the April 6 Youth movement, which played a key role in the 2011 Egyptian revolution.

Ayah Abdul Rahman, a broadcaster with intelligence agency-linked Extra News, also stoked fears among her viewers, saying that Clubhouse was “more than an app”.

“The truth is that it hosts the extreme, provocative views of the Satanic group,” she added, referring to the Muslim Brotherhood.

Clubhouse is an invite-only app where users can listen to individuals discuss a range of topics and saw its exclusive user count mushroom in the first half of February, doubling from 3.5 million to 8.1 million.

ICT and Media GovernanceSecurity Forces
All
2021-03-04
asaeid
Previous Egypt: An opposition in exile whose loved ones pay the price
Next Amnesty slams Egypt’s ‘forced disappearance’ of family with toddler