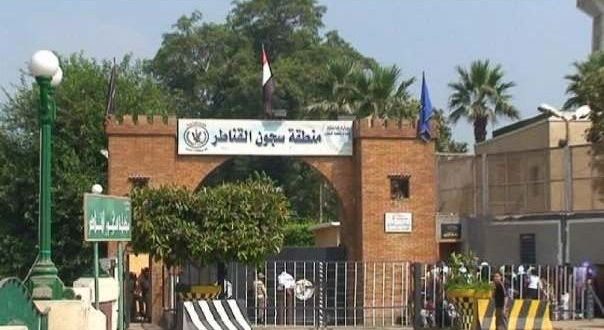 Four detained activists spoke up in court this week to denounce their ill treatment in prison and their indefinite pretrial detention, while their lawyers took steps to protest violations of due process in the justice system.

Defense attorney Nabih al-Genady told Mada Masr that at one of two court sessions on Tuesday, at least 47 other defendants were denied their right to make a statement before the court, a breach of due process he said has become increasingly common during the pandemic.

During the session, imprisoned lawyer Mahienour al-Massry and journalists Esraa Abd El Fattah and Solafa Magdy complained of poor treatment at Qanater Prison, according to Genady. In a summary of their statements published by the Arab Network for Human Rights Information, the three women described being subjected to various incidents of abuse and intimidation by National Security Agency officers, and spoke against the fact that many prisoners have been forbidden from receiving visits for some time with no justification.

Massry and Abd El Fattah described being stripped of their personal belongings, including their blankets and warm clothes, adding that many of their fellow detainees had been subjected to the same treatment. Massry also referred to the high prices of goods inside the prison, noting that many detainees are unable to afford basic necessities.

Magdy testified that she is subject to continuous bullying, psychological distress, prohibited from reading newspapers, and sleeps on a steel bed without a mattress. In January, Magdy accused police officers and personnel in detention facilities of assault, harassment and intimidation in a complaint submitted to authorities while the Interior Ministry issued a response “categorically denying” the accusations and charged that the reports spread “Muslim Brotherhood rumors and lies to incite public opinion.”

After denying at least 47 other detainees the chance to speak at the renewal session, the court demanded that only one lawyer out of at least 10 lawyers present represent the 47 defendants, prompting the defense team for Massry, Abd El Fattah and Magdy to withdraw from the proceedings in protest.

Genady said that under the Penal Code, the judge is obliged to listen to a statement from the Public Prosecution, then the defendant, and finally from defense attorneys before issuing a decision on detention renewal. However, 47 defendants in remand detention were not allowed to attend their renewal session inside the deliberation room on Tuesday.

Genady said that since the beginning of the COVID-19 pandemic, it has become increasingly common for detainees to be barred from the court proceedings, since the room cannot accommodate everyone. Remand detention renewals have gone ahead regardless, with over 1,200 defendants handed 45-day detention orders by a Cairo criminal court in one week this February.

In a separate detention renewal session, imprisoned political activist and software developer Alaa Abd El Fattah complained about a never-ending cycle of remand detention renewals, according to a post published by his lawyer, Khaled Ali. Ali requested his client’s case be referred to another court, suggesting the court is biased since it has already renewed Abd El Fattah’s detention three times.

Alaa Abd El Fattah, who has been detained since September 2019 on terrorism charges and held in Maximum Security Wing 2 of the Tora Prison Complex, addressed the court on Tuesday and said that “there is no logical justification” for his continued detention. “I do not know why I am in prison, and I do not know what danger releasing me poses,” he said. He explained that he is already banned from traveling outside the country and will not even be able to leave Cairo if released, since he would be required to report to a police station everyday from 6 pm to 6 am, as per the terms of his probation.

Abd El Fattah was sentenced to five years in prison on charges related to a protest outside the Shura Council in 2013. He was released in 2019 after completing his sentence but was subject to an additional five years of probation, during which he is required to turn himself in to the Dokki Police Station for 12 hours each night. National security agents arrested him from the station in September and he has been held in remand detention ever since.

Abd El Fattah asked to be referred to trial in order to have a “real chance to respond to the prosecution’s accusations,” while his legal representation asked for the case to be moved to a different court.

The scheme, developed by the ministries of justice and communication, allows judges to preside over remand detention renewal hearings by video conference through secured, closed-circuit television networks that links courts to prisons where defendants are held.

Phase one of the project, which was inaugurated by Justice Minister Omar Marwan and Communications and Information Technology Minister Amr Talaat, connects the New Cairo Court to Tora Prison Complex, 15th of May Prison and Nahda Central Prison.

Lawyers who spoke to Mada Masr at the time decried the new procedures, saying they undermine legal guarantees for a fair trial and threaten the rights of defendants, particularly political prisoners. The video conference sessions also go a step further than the already exceptional settings defense lawyers have had to contend with over the last several years, with many court sessions taking place inside prison or the Egyptian Police Academy in New Cairo.