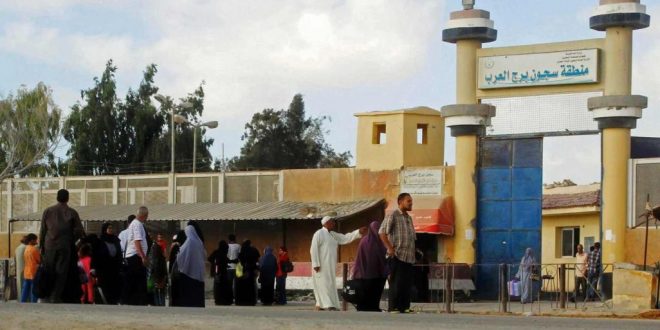 The Arabic Network for Human Rights Information collated the accounts from a variety of sources, including direct statement to the organisation, as well as social media posts.

The mother of Alaa Abdel Fattah, a prominent democracy activist who was last year placed on a “terrorism list” for five years, described a visit to see her son in Egypt’s notorious Tora Prison in August.

“They [the prison authorities] refused to take wipes, cumin and thyme, but this was not the first time. They finally decided not to take two types of fruit, so I had to choose between mangoes and grapes,” wrote Dr Laila Souieff.

“Overall, it somehow may seem more logical than last time when they asked me to choose between olive oil and honey!!!” Souieff said.

The mother of Ziad El-Elaimy, a human rights lawyer and former parliamentarian held under pretrial detention in Tora since 2019, said that authorities refused to accept diabetes-friendly bread for her son, who is a diabetic and suffers from high blood pressure.

She also alleged that he was effectively deprived of his medication by authorities’ refusal to arrange for its storage in a fridge.

The testimonies also include that of the sister of Ramy Al-Shaath, a Palestinian-Egyptian activist and coordinator in Egypt of BDS (Boycott, Divestment and Sanctions) who was also placed on Egypt’s “terrorism list”.

The wife of Walid Shawky, a member of Egypt’s April 6 Youth movement detained since 2018, said that in addition to difficulties communicating with her husband in Tora, authorities banned mangos, and in the Muslim holy month of Ramadan, they even banned dates.

Egypt holds some 60,000 detainees that human rights groups regard as political prisoners.

President Abdel Fattah al-Sisi, who as army chief led the 2013 overthrow of elected Islamist president Mohamed Morsi, has overseen a crackdown on political dissent that has put tens of thousands behind bars.