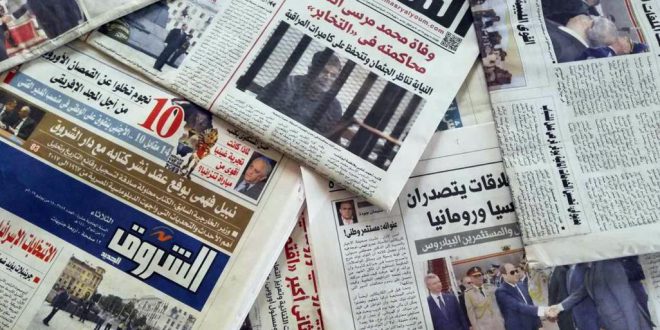 On Monday, the Supreme Media Regulatory Council (SMRC) extended by two weeks the deadline for media organizations to reconcile their legal status in accordance with the new media law. This marks the third extension of the deadline since the window for applications opened.

Since the Law Regulating the Press, Media and the Supreme Media Regulatory Council was ratified by President Abdel Fattah al-Sisi in August 2018, authorities have issued vague and ambiguous decisions regarding the legalization process.

Mada Masr has submitted its paperwork more than once, yet our legal status nevertheless remains unclear.

In October 2018, the SMRC announced without prior notification that it had opened the registration window for online outlets. It offered outlets a two-week period to submit their paperwork, which was subsequently extended by an additional two weeks. In response, over 100 websites, including Mada Masr, submitted licensing requests and paid the required registration fees despite the fact that the executive regulations of the law had yet to be issued.

We never received any response.

In January 2019, the SMRC again said the window was open for licensing requests to be submitted until the end of the month, this time with additional conditions. Mada Masr resubmitted paperwork for a second time in the hopes of legalizing our status. Again, we received no response.

Now, the deadline has been extended yet again. Meanwhile, we still have no clarity on our legal status. We have not received an approval or denial of our application, nor has the council requested us to take any further steps to legalize our status. We have made official inquiries into the status of our application and have tried contacting officials at the SMRC to no avail. For the time being, we remain in legal limbo.

For more on our decision to apply for a license under the new media law, you can read our statement published in 2018 soon after we submitted our paperwork for the first time.