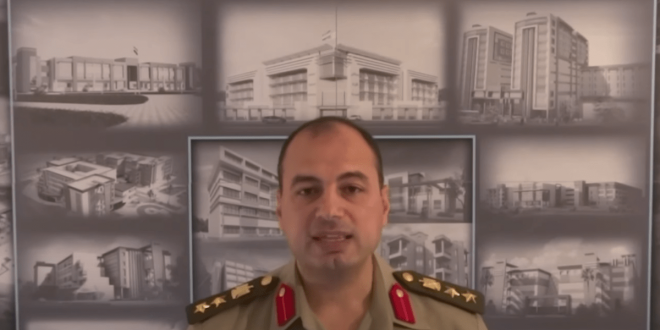 Wife of Egypt colonel appeals to Sisi to release him

Rasha Safwat, wife of Colonel Ahmed Konsowa, who announced his plan to run for presidency in 2017, has appealed to Egyptian President Abdel Fattah Al-Sisi to release her husband from prison, Al Jazeera reported on Sunday.

Konsowa, 45, announced his intention to run for the presidency against Al-Sisi in 2018. He said he had submitted his resignation from the army in 2014 but it was not accepted.

Following his announcement, he was arrested and a military court found him guilty of expressing political opinions as a serving military officer, his lawyer Asaad Heikal told Reuters.

His wife wrote on Facebook: “We expected he would have been released after spending half of his term, but nothing happened.”

She added that she had contacted many military officials, but no one helped. “I know, if the president knew about him, he would not accept this situation,” she stressed.

Konsowa’s lawyer said that he has served more than half of his term in prison and met the conditions of several amnesty orders, but nothing was considered.