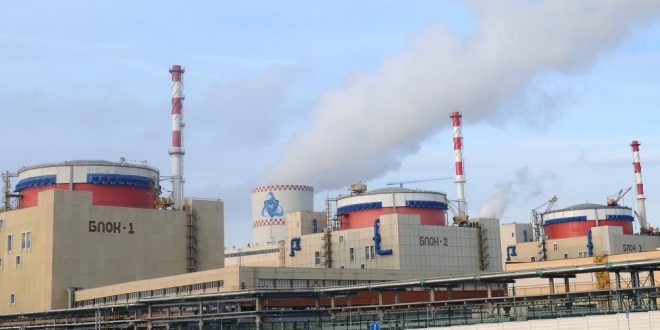 Egypt is seeking to move forward in the implementation of new seawater desalination projects in cooperation with the Russian Rusnano Group, which specializes in this field, to fill the country’s water deficit that exceeds 20 billion cubic meters per year amid the faltering negotiations on the Grand Ethiopian Renaissance Dam (GERD).

Tripartite negotiations over the GERD continue to stall as the last round of talks held Jan. 10 failed to make any progress between Egypt, Ethiopia and Sudan.

In a Jan. 22 statement, Abdel Moneim al-Terras, chairman of the Arab Organization for Industrialization, said that Egyptian President Abdel Fattah al-Sisi directed the government to boost cooperation among the state’s industrial and research institutions and exploit the national manufacturing capabilities to promote local manufacturing of water desalination plant equipment.

Terras’ statement came during a video conference held between the Rusnano Group and the University of Alexandria in Egypt in order to discuss cooperation in the field of seawater desalination. The two parties agreed during the talks to further discuss the establishment of a specialized factory in Egypt for the manufacture of seawater desalination membranes in partnership with the Russian side. They also agreed to localize this industry in order to reduce the price of a cubic meter of water and achieve added value for the national industry.

President of Alexandria University Abdulaziz Konsowa stressed during the meeting that the establishment of seawater desalination plants comes within the framework of the government’s approach to seek nontraditional alternatives to water resources.

Egypt suffers from a water deficit of up to 20 billion cubic meters annually, Eman Sayed, head of the planning sector at the Egyptian Ministry of Water Resources and Irrigation, told Sky News Arabia Feb. 10.

Osama Salam, a professor at the governmental National Water Research Center and water expert at the Environment Agency in Abu Dhabi, told Al-Monitor, “Egypt needs to develop its nonconventional water resources to meet the challenges of population growth, and one of the most important nontraditional resources is seawater desalination.”

He explained that “the population growth over the next 20 years requires an additional 5 billion cubic meters of drinking water.”

Salam said, “Egypt is in need of additional water resources to meet its current and expected future water deficit — be it to meet the needs of a growing population or for any external reasons, including the GERD. It would be a great achievement if it can manage to desalinate seawater to cater to the needs of the coastal governorates and cover the future demand for drinking water.”

He added, “Working to localize the seawater desalination industry in cooperation with the Russian side during such times is very important as far as owning and developing these technologies is concerned, because such projects help Egypt secure its water needs.”

However, he said, “The desalination cost is still high, and the use of desalinated water will be strictly limited to meeting the drinking and domestic use needs. In the event of a decrease in the costs of desalination in the future, the use [of water] in agriculture may be extended to some types of crops that need little water and are of high economic value.”

He said he believes that “the development of nontraditional water resources — including desalination — is very important to face the water challenges in general.”

However, Mohammed Nasreddin Allam, former Egyptian minister of water resources and irrigation, told Al-Monitor, “Water desalination projects will not be able to bridge the water deficit that Egypt suffers from and that exceeds 20 billion cubic meters.”

Allam said, “This [desalination project] will not help resolve any water shortages. The projects that we are carrying out are trying to provide drinking water to coastal cities or new cities [only].”

He pointed out that “water desalination and irrigation rationalization projects mainly aim at coping with the water crisis in Egypt.”

Allam stressed, “Egypt relies on its historical share of the Nile water to meet its various needs in all fields, and will continue to commit to the negotiation track [on the GERD crisis] to obtain its right.”

Abbas Sharaki, head of the Natural Resources Department at Cairo University’s African Research and Studies Institute, told Al-Monitor, “The main purpose behind seawater desalination is to deliver water to new cities or to industrial or tourism projects.”

However, he believes that the Egyptian water desalination projects are not directly linked to the stalling GERD negotiations.

Hanan Omar, head of the drinking water sector in the south Sinai governorate, said in a Feb. 15 statement that two seawater desalination plants are to be built within two years to offer a permanent solution to the drinking water crisis in the tourist city of Sharm el-Sheikh.

Asked about the currently stalled GERD negotiations, Sharaki noted, “Egypt wants to reach an agreement with Ethiopia and Sudan — be it through the African Union or through external mediation, but having negotiations go on like this is only a waste of time. If the crisis is not resolved within the coming months, we must resort to the UN Security Council.”