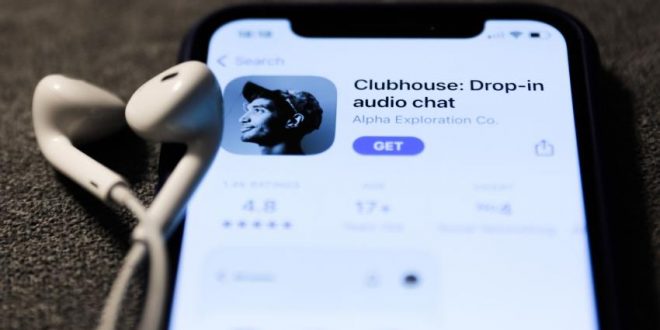 The hugely popular audio-chat app Clubhouse has come under attack by pro-government figures in Egypt for facilitating “secret” conversations between dissidents.

Clubhouse, an invite-only app where users can listen to individuals discuss a range of topics, saw its exclusive user count mushroom in the first half of February, doubling from 3.5 million to 8.1 million.

The app, which was launched in March 2020, had gone undetected by China’s repressive authorities for some time.

Users in the Asian country had been attracted to the platform to discuss sensitive topics – such as Xinjiang and Hong Kong – until Beijing blocked it early this month.

A similar fate may now befall Egyptians. The state under President Abdel Fattah Al-Sisi is known to brutally crack down on dissident activity, with a 2018 law effectively criminalising criticism of the regime on the internet and social media.

Early signs of a witch hunt emerged when Ahmad Mousa, a talk-show host for a state-controlled Sada Elbalad TV, claimed to have hacked a “Muslim Brotherhood”-linked group active on Clubhouse.

It is unclear how Mousa “broke into” the app, but this week reports emerged that an unidentified hacker was able to stream Clubhouse audio feeds from “multiple rooms” into their own third-party website.

Mousa claimed to have uncovered a “terrorist” network of users. He named Ahmed Abdel Basit, an Egyptian academic who faced the death penalty and sought asylum in the US, and Susan Gharib, who Mousa claimed was linked to the April 6 Youth movement, which played a key role in the 2011 Egyptian revolution.

The show host told viewers that he had recordings of their conversations and “plans”, which he did not air.

Ayah Abdul Rahman, a broadcaster with intelligence agency-linked Extra News, also stoked fears among her viewers, saying that Clubhouse was “more than an app”.

“The truth is that it hosts the extreme, provocative views of the Satanic group,” she added, referring to the Muslim Brotherhood.

The Muslim Brotherhood briefly held power after winning the first free elections in Egypt before being ousted in a coup led by then defence minister, now president, Abdel Fattah Al-Sisi.

His Egyptian regime has blamed many of the country’s problems on the Islamist group from increases food prices, drain blockages, to the defeat of the national football team.