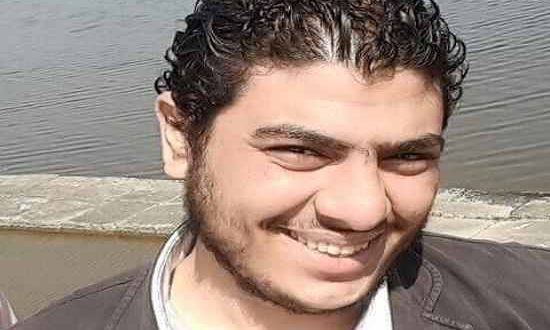 The whereabouts of lawyer Islam Salama have been unknown for 19 days, three weeks after an order for his release on bail from a Mahalla prosecution office. Salama, who has served as a defense lawyer on several cases involving forced disappearances, has been forcibly disappeared three times in the nine months since he was arrested last May, when security forces stormed his home, seized his mobile phone and took him to an unknown location.

Lawyer Mokhtar Mounir told Mada Masr that Salama’s defense team submitted on Thursday a petition to the Public Prosecutor inquiring about his whereabouts and complaining about his being detained for no substantial reason.

Salama’s legal counsel also issued a statement on Thursday calling the disappearance “a flagrant violation of all constitutional and legal rights.”

Although Salama’s defense team has repeatedly called on the Lawyers Syndicate to intervene, the syndicate has not issued a statement on the matter nor sent a representative to attend any of Salama’s interrogation sessions.

Salama has been forcibly disappeared three times since he was arrested on May 25 and held in remand detention pending investigation into a case dating back to 2018. In October, he was granted conditional release pending investigation into the case. But before his release was implemented, he disappeared for 45 days, reappearing on November 30 on charges in a new case, where he was handed a 45-day remand detention order. The remand detention period expired in mid-January, but lawyers have not been able to ascertain Salama’s whereabouts.

The latest order for Salama’s release on LE2,000 bail was issued by the Cairo Criminal Court on January 16. However, Mounir told Mada Masr that after Salama was moved from Tanta General Prison to Zefta Police Station in Gharbiya, where procedures for his release were being prepared, Salama disappeared. The police department denied knowing his whereabouts and that he was ever at the police station.

Salama has served as a defense lawyer in numerous trials involving forced disappearances and was on the defense team for detainees in a 2018 investigation to which he was added after his arrest in May. He was also a member of the defense team for human rights lawyer Mohamed al-Baqer, the head of Adalah for Rights & Freedoms, a non-governmental advocacy organization.

Salama has been forcibly disappeared before. In March 2016, he was arrested in a security raid on his home in the early hours of the morning, before being released several months later in June.

Egyptian authorities have instigated a crackdown on rights lawyers, as well as activists, and journalists, usually repeatedly leveraging the same charges against them of joining a terrorist group and spreading false information.

Among other lawyers that have been in the endless cycle of remand detention are Mahienour al-Massry, Haitham Mohamden, Mohamed al-Baqer, Ziad al-Eleimy, Mohamed Ramadan, Hoda Abdel Moniem, and Ibrahim Metwally.