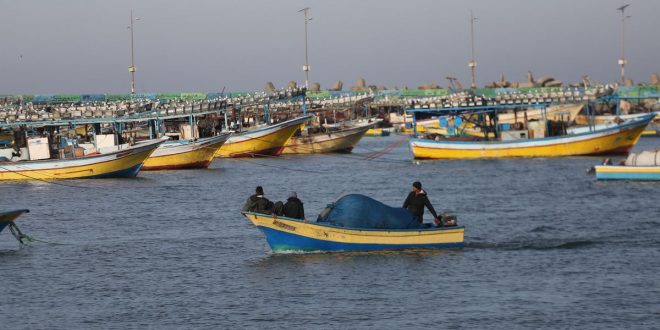 The Palestinian General Federation of Trade Unions in Gaza called on Monday for Egypt to release seven Gazan fishermen detained in Egyptian prisons, a statement announced.

In the statement, the general federation hailed the release of the Palestinian fisherman Yaser Al-Zazou. He was detained four months ago when the Egyptian navy opened fire at his family’s fishing boat and killed two of his brothers.

“However, the release was late,” the statement said, but stated that: “It still reflects the spirit of brotherly and historical relations between the Palestinian and the Egyptian people.”

The statement noted that there are seven Palestinian fishermen still in detention in Egyptian jails, including two detained on 22 March, 2020, two detained on 5 July, 2020, and three detained on 3 January, 2021.

In the statement, the general federation indicated that Palestinian fishermen sail in the Mediterranean in order to make a living for their families and: “They do not pose any danger on the neighbour state of Egypt.”

It called on the Egyptian authorities to ban opening fire at Palestinian fishermen.