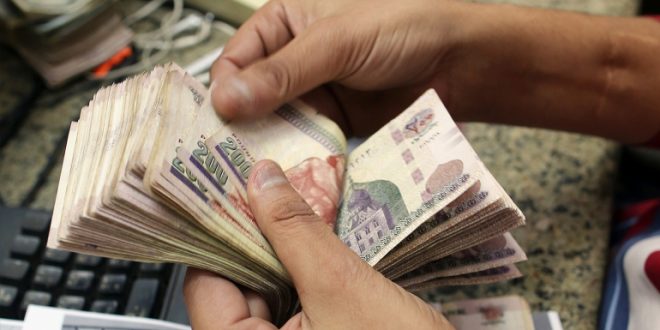 The Egyptian Minister of Finance, Dr Mohamed Maait, has confirmed that the country is set to witness a greater role for the private sector in economic development, as it is the engine of growth. The government has an increasing interest in opening new development opportunities that will enhance private sector participation in unprecedented mega projects. This will help create jobs to boost the economy and raise growth rates.

Maait noted the World Bank’s expectation that Egypt will see positive growth of 2.7 per cent of GDP, jumping to 5.8 per cent during the next fiscal year, in light of the global roll out of the coronavirus vaccine.

The suffering of the private sector in Egypt is not solely a result of the coronavirus pandemic. The biggest issue to its detriment is the militarisation of the economy and squeezing the private sector out with unequal competition by the army’s direct involvement in economic affairs, with a corresponding shrinkage of private initiatives. The Purchasing Managers’ Index (PMI) prepared by IHS Markit revealed its decline to 48.2 points, down from 50.9 points last November, noting that it achieved an average of less than 50 points in the majority of the months since the military coup, which is a significant decline. The 50-point level separates growth from shrinkage. There was a slight increase in selling prices in December, and some companies lowered their prices to attract new customers. Despite this, the index saw a decrease.

The following few days witnessed the privatisation of a sample of consumer military companies under pressure from the International Monetary Fund. This privatisation seemed to focus on formalities and moving them — apparently — from the military to the funder of the coup, the UAE. At the same time, the UAE is close to controlling the health and education sectors in Egypt, thus being able to shape young Egyptian minds and control people’s access to healthcare. This privatisation has no new added value; it would have been better for foreign capital to enter Egypt with new projects away from the existing monopolies, while at the same time turning over army companies to citizens, with the proceeds entering the state budget with full disclosure and transparency.

Moreover, what growth rate is the minister talking about, when he speaks of quantity without quality? The growth rate cannot be read in isolation from its components, as it is largely the rate of government spending on bridges and buildings assigned with direct orders to the military, and then a limited number of private sector companies with which the army is pleased and which work under its command and according to its wishes.

Furthermore, this rate does not reflect a change in the structure of the economy towards production in general and the manufacturing industry in particular. How can he boast about a growth rate that does not contribute to reducing the unemployment problem in light of military projects dependent on a labour force filled with soldiers?

Boasting about the growth rate quantitatively rather than qualitatively takes us back to the Mubarak era, during which it reached 7 per cent; former dictator Ben Ali in Tunisia achieved the same rate. Yet, two glorious revolutions ended their rule, as the growth rate was so vastly different to the reality of living standards. This is what we are witnessing in Egypt today, but in a worse way: the government rules with an iron fist; there is growing poverty and unemployment; the private sector is being squeezed out; discrimination based on class is common; and the army is diverted from its primary function to defend the nation, and is instead used in production, building and trade with no relation to its military duties and status.

Turkey got rid of its army’s economic empire, and I wish the Egyptian army would learn a lesson from that. The army’s skills should be directed towards the production of weapons for its own use and to be exported. The export of arms and ammunition can be economically beneficial for the national budget. That is why the Egyptian army should return to barracks and play a purely military role in national affairs.