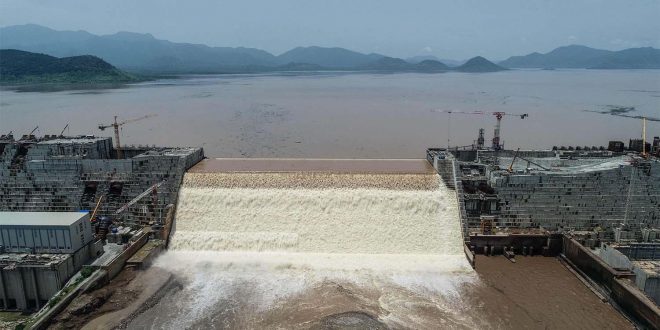 Ethiopia, Sudan and Egypt talks on mega-dam break down, again

A new round of negotiations between Ethiopia, Sudan and Egypt aimed at resolving a long-running dispute about a giant dam Addis Ababa is building on the Blue Nile has broken down once again.

The Grand Ethiopian Renaissance Dam (GERD) has been a source of tension in the Nile River basin ever since Ethiopia broke ground on it in 2011, with downstream countries Egypt and Sudan worried it will restrict vital water supplies.

The prolonged dispute has continued even after the vast reservoir behind the 145-metre-tall (475-foot) dam began filling in July.

Last week, the three countries had agreed to hold further talks to agree upon the filling and operation of the reservoir. But the latest virtual meetings between foreign and water ministers “failed to reach an acceptable agreement to resume negotiations”, Sudan’s state-run SUNA news agency said on Sunday.

Khartoum objected to what it said was a January 8 letter from Ethiopia to the African Union stating that Ethiopia was determined to fill the reservoir for the second year in July with 13.5 million cubic metres of water, whether an agreement is reached or not.

However, Egypt and Ethiopia, in separate statements, blamed Sudanese objections to the framework for the talks for the new impasse.

The Ethiopian foreign ministry said in a statement that despite previously insisting on meetings with the African Union experts, Sudan objected to their terms of reference and refused to include the experts in the meeting, effectively halting the talks.

“Sudan insisted on the assigning of African Union experts to offer solutions to contentious issues … a proposal which Egypt and Ethiopia have reservations about,” Egypt’s foreign ministry said in a statement.

Naledi Pandor, the foreign minister of South Africa – which chairs the African Union, voiced her “regret that the talks reached a dead end”, according to the Sudan News Agency.

Ethiopia, the second-most populous country in Africa, said the hydroelectric power produced by the dam will be vital to meet the power needs of its 110 million people and help reduce poverty levels.

Egypt, which depends on the Nile for nearly all of its irrigation and drinking water, has viewed the dam as an existential threat.

Khartoum has hoped Ethiopia’s dam will regulate annual flooding, but has also warned that millions of lives would be at “great risk” if no agreement was reached.

It said the water discharged from GERD dam “poses a direct threat” to the safety of Sudan’s Roseires Dam downstream on the Blue Nile.

The Nile, the world’s longest river, is a lifeline supplying both water and electricity to the 10 countries it traverses.

Its main tributaries, the White and Blue Nile, converge in the Sudanese capital, Khartoum, before flowing north through Egypt to drain into the Mediterranean Sea.