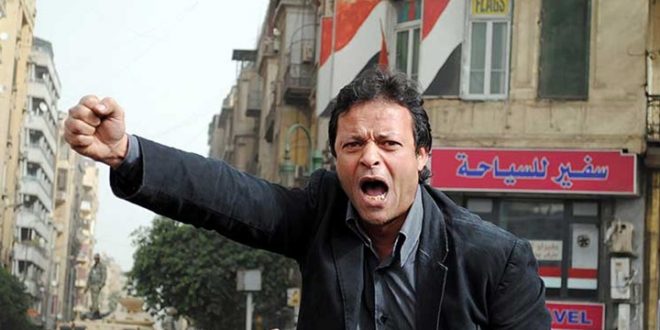 Five relatives of Egyptian oppositionist and actor Hisham Abdullah have been arrested, a human rights group has revealed.

The EFHR pointed out that the authorities had arrested Ahmed Abdel Dayem from his home in the governorate of Marsa Matrouh on 19 December, forcibly disappearing him for two days, before he appeared at the State Security Prosecution on 23 December according to an arrest report issued on 21 December .

The statement stressed that Abdel Dayem said during the investigation that he had nothing to do with politics and had not participated in any protests, while confirming that his relationship with his uncle Hisham Abdullah had been severed since he left the country.

Last Thursday, Turkey-based oppositionist, Hisham Abdullah, called on the Egyptian opposition abroad to file an international lawsuit against the regime’s decision to revoke the nationality of his wife, political activist Ghada Naguib.

Abdullah said in an exclusive interview with Arabi21: “I call on the Egyptian opposition and opposition media to pay attention to the seriousness of the regime’s decision to revoke the nationality of oppositionists, which has been carried out with legally invalid procedures against my wife, activist Ghada Naguib, under false pretences.”

He warned that “the silence of the opposition regarding this measure may be followed by an intrusive revocation of nationality for everyone who raises a voice and reveals the truth to the Egyptian people.”