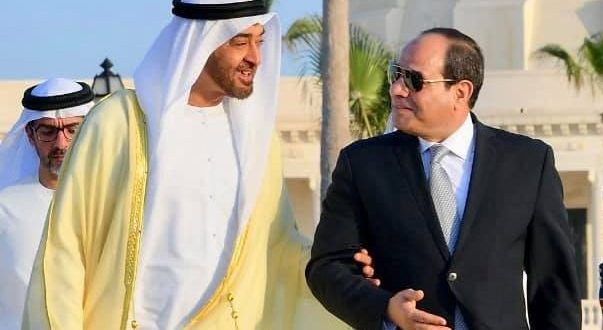 “Sisi [underlined] the importance of the added value that the UAE will contribute to the forum’s activities to serve the strategic interests and enhance cooperation and partnership between the forum countries,” the statement said.

The EMGF was established as an intergovernmental organization by Egypt, Israel, Greece, Cyprus, Italy, Jordan and Palestine. Founders say the forum aims to facilitate talks among Mediterranean countries about exporting natural gas, cooperating on various energy issues and advancing the construction of an undersea pipeline that would transfer gas to the south of Europe.

France has applied to join the Cairo-based forum, while the United States and the European Union requested observer status.

Observers who spoke to Al-Monitor said the UAE membership in the EMGF will provide a boost to efforts aimed at countering Turkish actions in the Mediterranean.

Mohamed Orabi, former Egyptian minister of foreign affairs and chairman of the Foreign Relations Committee in parliament, said the EMGF and other economic groupings will be the engine of political developments in the region in the coming years.

“Abu Dhabi and Cairo are playing a significant role in thwarting the Turkish expansionist policies in the region,” Orabi told Al-Monitor. “The UAE membership in the gas forum and its political weight will add to the forum’s role in the future and help it counter the Turkish gas ambitions in the area,” he added.

The Egyptian presidency said talks between Sisi and Zayed “showed a mutual understanding on [the need] to pursue joint efforts to address risks that threaten the security and stability of the region.”

In 2019, Turkey signed a controversial maritime jurisdiction agreement with Libya’s Tripoli-based Government of National Accord (GNA), to the fury of Egypt, Greece and Cyprus, who said the deal infringes on their economic rights in the Mediterranean.

Turkish military support to the GNA has also drawn the ire of Egypt, which threatened in June to militarily intervene in Libya if the Turkish-backed GNA forces continued to advance on the oil-rich city of Sirte.

Egypt and the UAE are the main backers of eastern Libyan strongman Khalifa Hifter, whose forces are fighting the GNA.

Ramadan Abul Ela, a professor of petroleum engineering at Pharos University in Alexandria, said the UAE and Egypt are active in countering Turkey’s policies in the region.

“The UAE membership in the forum will help further enhance coordination among the forum countries with a view to ending Turkish provocations,” Abul Ela told Al-Monitor.

Abul Ela, however, opined that the UAE membership in the forum was a “political message” rather than a move that would render economic benefits.

“The Emirati participation in the gas forum primarily aimed to refute recent allegations about tension between Egypt and the UAE over the Gulf state’s rapprochement with Israel,” Abul Ela said. “Egypt’s announcement that the UAE has joined the EMGF shows that political coordination between the two allies is still strong and that the UAE relations with Israel don’t affect its relationship with Egypt.”

On Aug. 13, Sisi welcomed the UAE-Israel normalization deal and its provisions, which included a suspension of Israeli plans to annex parts of the Palestinian West Bank. Sisi also called Zayed to congratulate him on the agreement.

In October, state-owned Israeli company EAPC said it had signed a preliminary agreement with MED-RED Land Bridge in Abu Dhabi to transport oil from the UAE to Europe through a pipeline that connects the Red Sea city of Eilat to the Mediterranean port of Ashkelon, bypassing Egypt’s Suez Canal.

Abul Ela said there is already the Sumed pipeline in Egypt, which carries oil products from the Ain Sukhna terminal in the Gulf of Suez near the Red Sea to the offshore Sidi Kerir in Alexandria on the Mediterranean.

“When reports emerged about Emirati-Israeli coordination to transport oil from the Gulf to Europe, this has given the impression that there was tension in the relationship between Egypt and the UAE,” Abul Ela said. “The UAE membership in the forum, however, sent a strong political message that the Egyptian-Emirati relations remain strong, even after the Gulf state’s normalization agreement with Israel.”