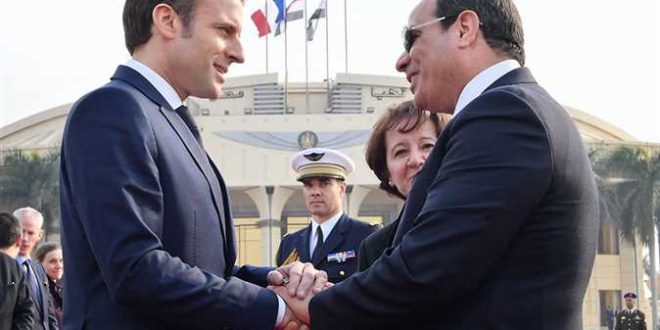 On December 19, the European Parliament adopted resolutions condemning human rights violations in Iran and Egypt. Yet, of the two, Iran is the only one that faces real consequences in the form of EU sanctions for those violations. By contrast, no such sanctions have been levied against Egypt. Instead, its regime is feted as a key partner and anchor of stability in North Africa.

The EU’s double standard in this particular case undermines its credibility and weakens the promotion of human rights worldwide. It also fuels the narrative favoured by authoritarians who dismiss human rights-based criticisms as a political weapon the West wields against the regimes it doesn’t like.

By listing a wide range of abuses in Iran and Egypt in both resolutions, European MPs implicitly acknowledged the similarities in ways both regimes treat their citizens and sometimes even foreign nationals.

Iran is guilty of jailing dual nationals and using them as bargaining chips in negotiations with western powers, the resolution on Iran noted. Egypt failed to properly investigate and punish the perpetrators of the 2016 murder in Cairo of Giulio Regeni, an Italian student. The execution of Ruhollah Zam in Iran, the author of a popular anti-regime Telegram channel, was also cited.

The EP also highlighted the arrest of activists from the Egyptian Initiative for Personal Rights, one of the last remaining independent human rights organisations in Egypt, after they held meetings with foreign, including European, diplomats. European lawmakers called for targeted sanctions against officials involved in human rights violations in both countries.

Yet the similarities in the way Tehran and Cairo are treated end here. For one, more than 600 MPs voted in favour of the resolution on Iran, but only 434 for the one on Egypt. While both passed by a wide margin, the measure on Egypt garnered almost 200 fewer votes because the right-of-centre forces mostly either abstained or opposed the measure.

The result confirms a long-standing trend. MEPs from the main centre-right European People Party (EPP) to the hard-right European Conservatives and Reformists (ECR) and Identity and Democracy (ID) factions are more inclined to politicize human rights issues, lash out at perceived geopolitical adversaries, and go soft on “allies”.

In practice, this trend manifests itself in a persistent pattern of the centre and extreme right of appeasing the authoritarian regimes deemed “friendly,” like Egypt, Saudi Arabia, the United Arab Emirates, and Bahrain. In just the past  few months, these forces voted against resolutions to stop EU arms sales to Saudi Arabia and the UAE that help commit war crimes in Yemen.

They also opposed calls to end EU exports of surveillance technology that is used to track and silence dissidents in those countries, as well as in Egypt and Bahrain. Among the staunchest defenders of these regimes are members of the far-right parties in which Islamophobia is rampant, such as the French National Rally, Sweden Democrats (a party with neo-Nazi roots), the Spanish neo-Francoist Vox, Italy’s Lega, among others. On these issues, the centre-right EPP, the most influential faction in the EU, too often finds itself in the embarrassing company of the ECR and ID.

The craven conservatives in the European Parliament are, however, only part of the problem. More ominously, the national governments in the EU who set the bloc’s foreign policy appear to agree with them, regardless of their political colour.

Thus, French President Emmanuel Macron, an avowed centrist, went so far as honouring Egyptian dictator Abdel-Fattah el-Sisi with one of France’s highest awards. Greece, under the government of the leftist Syriza party, has essentially acted as Egypt’s advocate within the EU. Germany, the Netherlands, and other Scandinavian countries occasionally raise the human rights issues in internal EU discussions but avoid taking any concrete action, such as imposing targeted sanctions against Egyptian officials.

None of the justifications as to why Sisi is treated with kid gloves stand up to scrutiny.

Consider the oft-made argument that Sisi is a guarantor of stability against an Islamist threat. By systematically cracking down on all opposition, he is creating a political void that is likely to be filled by truly extremist forces, more in tune with IS than the more moderate Muslim Brotherhood which has been subject of ferocious systematic persecution since the 2013 military coup that brought Sisi to power.

Moreover, the Arab Spring clearly demonstrated that these authoritarian regimes are anything but guarantors of stability.

Many Europeans see Sisi as an asset because of his close relationship with Israel. In fact, pro-Israel groups lobby for Egypt in Brussels and other European capitals almost as intensely as they do in Washington even if it’s highly unlikely that he would rescind Egypt’s peace treaty with Israel if Europe dared criticize his human rights record.

Another well-worn argument against alienating friendly authoritarians is that they would turn to Russia and China, which would be even more detrimental to human rights. Sisi and others are certainly well adept at playing this game, staging photo-ops with Vladimir Putin and Xi Jinping, and signing arms deals with Moscow when it suits them.

However, these stunts notwithstanding, Sisi is not going to risk the $1.4 billion annual military aid he receives from Washington. The EU should avoid creating an impression that it needs relations with Sisi more than the other way around.

Last but not least, Sisi is often portrayed as a protector of the Christian Coptic minority in Egypt against the supposed danger of the Muslim Brotherhood. The attacks on Copts, however, surged after the 2013 coup, not before, and they continue to be discriminated against in both law and practice.

The kind of “realpolitik” arguments used to justify acquiescence or silence with regard to Sisi’s human rights record, could apply to Iran as well. After all, the EU could argue that it would be unwise to antagonise Tehran as the bloc tries to revive the nuclear agreement, or seeks to cool down tensions in the Gulf. Neither would be realistic without an Iranian cooperation.

However, the EU, rightly, doesn’t hesitate to speak out against Tehran’s domestic abuses or even impose costs for them. After the execution of Ruhollah Zam on December 12, European governments withdrew in protest from the participation in the EU-Iran Business Forum that was supposed to kick off two days later with the keynote addresses by the EU’s high representative for foreign policy Josep Borrell and Iran’s foreign minister Javad Zarif.

The French were particularly adamant about that decision. By contrast, during the visit of Sisi to Paris, Macron raised the case of Ramy Shaath, an Egyptian-Palestinian activist married to a French citizen who lingers in an Egyptian jail on trumped-up charges, but ruled out any possibility of France halting arms sales to Egypt because of human rights concerns. By absolving his guest of any consequences, he essentially gave the go ahead for further abuses.

For far too long European leaders have believed in the miracles of “quiet diplomacy” when dealing with friendly dictators, deriding the pro-human rights community as partisans of “megaphone diplomacy”. There certainly are situations that require an extra level of discretion, especially when negotiations over the fates of individuals are involved. Overall, however, as the European Parliament resolutions testify, the hands-off approach towards Egypt has failed abysmally without any benefit to the EU.

The EU has an opportunity to change course, though. After years of deliberations, on December 7 EU governments finally agreed to establish a global human rights sanctions regime. EU leaders should use this tool to sanction officials guilty of abuses not only in adversarial nations like Iran, but also nominal allies like Egypt. The European Parliament showed the way forward.

Human RightsInternational Relations and Cooperation
All
2020-12-24
asaeid
Previous Al Jazeera’s Mahmoud Hussein: Four years in an Egyptian jail
Next Portion of US military aid to Egypt conditioned on release of political prisoners