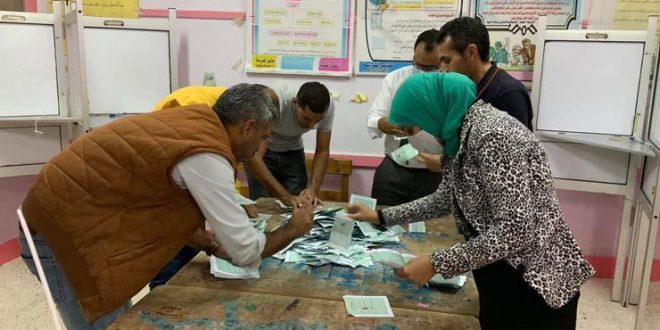 Egypt Kicks Off The Last Round of Its Parliamentary Elections

Voting in the run-off for the second and final stage of the House of Representatives elections began in Egypt on Monday morning, with 202 candidates competing for the remaining 101 seats.

The voting continues through to Tuesday and there are strict precautionary measures to prevent the spread of coronavirus among voters, who were wearing protective face masks and complying with social distancing rules.

The Ministry of Interior’s agencies have intensified their efforts to secure the run-off round by providing a safe environment for voters and also by strengthening security services in the areas surrounding the electoral headquarters.

The National List for Egypt won the seats in the Cairo, South and Central Delta sectors, and the East Delta sector, for which 142 seats were allocated.

The National Elections Authority said that the 12,000 judges overseeing the subcommittees received the portfolio of opinion cards, polling, voter lists and filing records throughout Saturday and Sunday so that they could reach their committees early.

The authority finalized all the necessary arrangements for the voting process by printing ballot papers, preparing electoral headquarters and coordinating with the armed forces and police to secure the subcommittees during the polling.

Lashin Ibrahim, head of the National Elections Authority, said the body was keen to complete the electoral process with integrity and transparency. It was being carried out in line with national legislative and constitutional frameworks and international standards, as well as with full judicial supervision, he added.

Electoral ProcessLegislation
All
2020-12-08
asaeid
Previous Keeping the Bodies Buried: Egypt’s closing of the inquiry into the Regeni murder is Abdel-Fattah al-Sisi’s way of avoiding challenges from within
Next Egypt’s armed forces wipe out 40 “terrorists” in Sinai: Military Official