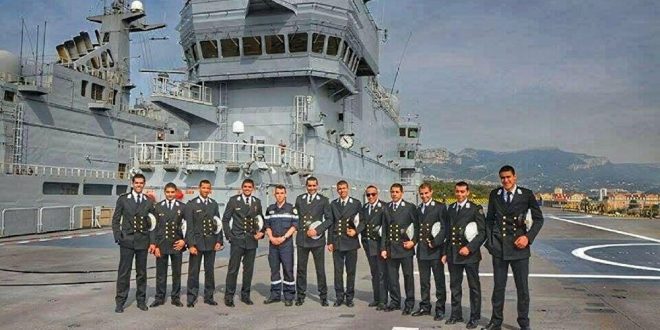 Germany agreed Nov. 2 to sell naval equipment to Egypt, including nine patrol boats and a coastal defense ship, according to a letter by German Minister of Economy Peter Altmaier addressed to the economic committee in the German parliament, according to the Deutsche Presse-Agentur.

The boat deal, estimated at 130 million euros (about $155 million), was concluded in 2018 by the German boat manufacturer Lürssen, and it was most likely destined initially for Saudi Arabia. But the alleged sale to Saudi Arabia was dropped due to Germany’s arms embargo on the kingdom.

Saudi Arabia received only 15 boats out of the 35 that it had requested to purchase from Germany before the latter banned all arms’ exports to the kingdom in November 2018, in the aftermath of the murder of dissident Saudi journalist Jamal Khashoggi in the Saudi Consulate in Istanbul in October.

In March 2018, Germany had issued a decision to ban arms’ exports to Saudi Arabia and all parties involved in the Yemeni war, but the ban was not complete on the kingdom except after Khashoggi’s murder. On March 23, 2020, Germany decided to extend the ban until Dec. 31, with the possibility of renewing it.

Germany approved the deal with Egypt despite criticism from the German opposition. Sevim Dagdelen, member of the opposition Left (Die Linke) party in the German parliament, said in press statements Nov. 2, “In light of Egypt’s participation in the war on Yemen, the statements to pass the deal are unscrupulous and constitute another violation of the agreement to ban the armament of countries participating directly in that war. The government must stop providing the Mediterranean countries with arms.”

Since 2015, Saudi Arabia has been leading a coalition of countries, including Egypt, to fight the Iran-backed Houthi rebels in Yemen. The war has caused one of the worst humanitarian disasters in the world. Still, the German government is defending arms’ deals with countries participating in the Yemen war.

Omid Nouripour, expert on foreign policy affairs in the opposition Green Party, accused the German government of undermining the efforts to achieve peace and protect human rights in Libya. In a tweet Nov. 2, he criticized the government’s decision to approve the armament deal to Egypt, saying, “This is a declaration of moral bankruptcy.”

Libya, which has been torn by civil war since 2011, is divided into two rival powers: one based in the east led by retired Gen. Khalifa Hifter who enjoys the military support of foreign countries, including Egypt, and another administration based in western Libya and led by the internationally recognized Government of National Accord (GNA) spearheaded by Fayez al-Sarraj and militarily backed by Turkey, the archenemy of Egypt in a wider regional conflict on political Islam.

Hussein Haridi, former assistant to the foreign minister, told Al-Monitor, “Nobody cares about this criticism, not even the German government. Their sole purpose is to distract Egypt and interfere with its policy in the region.”

Mohammed Hegazy, former Egyptian ambassador to Germany, said that the deal is further proof of the deep Egyptian-German relations and the German government’s realization that Egypt is a key stability factor in the Middle East. Consequently, beefing up its military capacities falls within this context, he told Al-Monitor.

Hegazy said, “Egypt plays a key role in maintaining the security and stability of the Red Sea and the Mediterranean Sea and fighting terrorism and illegal migration. These issues are a key interest to Europe. Therefore, Germany continues to be a partner that Egypt is proud of.”

Egypt ranked first on the list of countries with the highest demand for German weapons and military equipment during the first quarter of 2020, with purchases reaching 290.6 million euros (about $345 million), according to the German Ministry of Economy.

Mohammed Soliman, a senior associate at McLarty Associates, a strategic advisory firm based in Washington, told Al-Monitor via e-mail, “The deal is part of Egypt’s strategy to diversify defense suppliers and be less reliant on the US.” In addition, the German government’s approval to export patrol boats to Egypt represents Cairo’s growing strength with Berlin, Soliman added.

About the importance of the deal, Soliman said, “In Cairo, especially since 2013, there has been a real desire for undergoing significant modernization of the Egyptian military, and upgrading the overall readiness of all the branches to counter potential instability in Sinai, Libya, the Red Sea, and indeed, securing Egypt’s energy interests in the eastern Mediterranean, if needed.”

The conflict of interest between Egypt and Turkey reached its peak in November 2019, when Turkey and the GNA signed agreements for military cooperation and maritime border delineation, under which Turkey began supplying the GNA with arms and foreign fighters to halt the monthslong campaign of Hifter’s Libyan National Army against Tripoli. Meanwhile, Ankara used the maritime border deal with the GNA to renew its endeavors to obtain the right to conduct drilling and excavation activities in disputed waters in the eastern Mediterranean.

Turkey’s claims in the eastern Mediterranean violate what Egypt, Greece and Cyprus insist are their maritime borders. In early August, Egypt and Greece signed an agreement to define an exclusive economic zone in the eastern Mediterranean between the two countries in a region containing promising oil and gas reserves — in response to the agreement between Turkey and the GNA.

Egypt is stepping up joint military exercises in the Mediterranean in preparation for any possible scenario that ends with the outbreak of war. On Nov. 5, Egypt kicked off a joint amphibious training with Britain in the waters of the Mediterranean for the first time, which will last until Nov. 11. On Nov. 3, the Egyptian army carried out a naval exercise with France, and on Oct. 10, the Egyptian and Spanish naval forces launched joint naval drills.

The Egyptian navy is awaiting the completion of a German-made submarine deal worth 1 billion euros ($1.19 billion), under which the fourth submarine S-44 will join its naval fleet in mid-2021 as part of four submarines, three of which have already joined the Egyptian fleet.

Despite the tensions in the Egyptian-Turkish relations, Cairo and Ankara are more pragmatic than their aggressive statements indicate and understand that a direct clash would be damaging, Soliman noted.