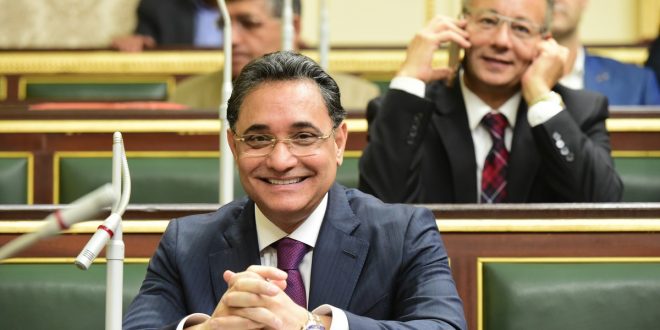 Former Egyptian journalist and MP, Abdul Rahim Ali, has fled Egypt and moved to Dubai after discovering he had been defeated in the parliamentary elections, Qatar’s Al-Sharq newspaper reported yesterday.

Ali fled to the UAE, with leaked recordings apparently pointing to him telling his son-in-law, lawyer Majed Mounir, that no one in Egypt, even President Abdel-Fattah Al-Sisi, can hold him accountable for anything because he is above the law.

“Al-Sisi himself cannot turn me to the prosecution,” he is heard saying in the leaked recording, warning that he has documents which could cause officials to be jailed.

Ali is the chief editor of Al-Bawaba News and has been known for his close relationship with the security services. He has accused the Muslim Brotherhood of fabricating the recording.

He lost his seat in parliament to his competitor Mohamed Abou El Enein.

The Egyptian Public Prosecutor has not commented on the recordings while experts believe Ali is embroiled in a conflict with the intelligence and security services.

Ali presented a TV show called ‘Black Box’ through which he criticised Al-Sisi’s opposition, supporters of the January 25 Revolution and the Muslim Brotherhood.