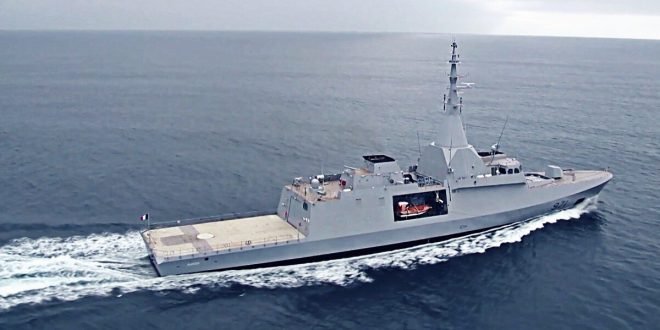 An Egyptian or Russian message?

Last week, the Russian Ministry of Defence announced that the Russian and Egyptian parties will meet in order to prepare for joint naval exercises to be held in the Black Sea under the name “Friendship Bridge 2020”. In December 2019, Russia and Egypt held naval exercises in the Mediterranean with the same name. It is expected that the drills, whose date has not yet been announced, will take place before the end of this year.

The Egyptian Navy will participate for the first time in the country’s history in military manoeuvres in the Black Sea. However, the only sea passageway from Egypt to the Black Sea passes through the Dardanelles, the ​​Marmara Sea and the Bosporus, which means that Egyptian warships will sail with all their weapons through Turkey.

Istanbul witnessed a provocative act by a Russian soldier in December 2015, when the Russian landing ship Caesar Konikov was sailing from the Black Sea to the ​​Marmara Sea across the Bosporus. A Russian soldier carrying a surface-to-air missile launcher facing the city coast was aboard the ship. Such a provocation is likely to be repeated while the Egyptian warships cross the Bosporus.

Supporters of the Egyptian army’s coup consider the participation of the Egyptian Navy in military manoeuvres in the Black Sea a message to Ankara, stating that if Turkey intervenes in Libya, Egypt will conduct military manoeuvres near its borders. They will also draw attention to the fact that Egyptian warships will enter Turkish waters and pass through the heart of Istanbul.

The message that El-Sisi’s supporters claim is directed at Turkey is meaningless, and the Egyptian Navy’s participation in military manoeuvres in the Black Sea is nothing more than a mere display of immaturity. The same was the case with the United Arab Emirates during its participation in joint military exercises with Greece in the White Sea. This is because no matter how much these manoeuvres mimic the conditions of war, they are not wars.

The participation of the Egyptian Navy in military manoeuvres with Russia is a message directed primarily to the Egyptian public opinion, to cover up the failure of the coup leaders in facing the dangers threatening the country – such as the matter of the Renaissance Dam. It is expected that the counter-revolution media will take advantage of everything related to these manoeuvres to polish El-Sisi’s reputation and portray him as a great leader who achieved a victory against his enemies.

If the Friendship Bridge 2020 manoeuvres are a message addressed to Turkey, then it is a Russian message, rather than an Egyptian one. Certainly, whenever Moscow wanted to pressure Ankara, it summoned one of Turkey’s opponents to the arena as a form of blackmail. That opponent would sometimes be a terrorist organisation, such as the PKK, and sometimes an anti-Turkish regime, such as El-Sisi’s coup regime.

Turkish-US relations have been experiencing tension for a long time due to the US’ support for the PKK in Syria and its embrace of Fethullah Gulen, the leader of Turkey’s “parallel state” that carried out the failed coup attempt in the summer of 2016. Moreover, Washington refused to sell the Patriot missile system to Turkey, despite the latter’s insistent requests to buy it. This prompted Ankara to search for an alternative to meet its urgent need for air defence, and found its needs met with the Russian S-400 missile system.

In addition to this deal, Turkey and Moscow reached understandings on the Syrian file, whether in the tripartite summits in which Iran participated, or the bilateral summits attended by the Turkish and Russian presidents. Some analysts interpreted these developments as evidence of a Turkish-Russian alliance, but there are many indications, such as the Friendship Bridge 2020 manoeuvres, that suggest that there is no such alliance other than in the imaginations of these analysts.

Regional files are highly complex, and countries may cooperate in one file due to their similar positions, but the same countries will stand on opposite sides of another file because of their conflicts of interest. It is well-known that Turkey supports the territorial integrity of Ukraine and refuses to recognise Russia’s annexation of the Crimean Peninsula. Azerbaijan calls for Turkey’s participation in the talks related to the occupied Karabakh region, but Moscow rejects this and insists that the file remain in the hands of the Minsk Group, which is jointly headed by Russia, the US and France. All of these positions and developments undermine analysts’ claims about the establishment of a Turkish-Russian alliance.