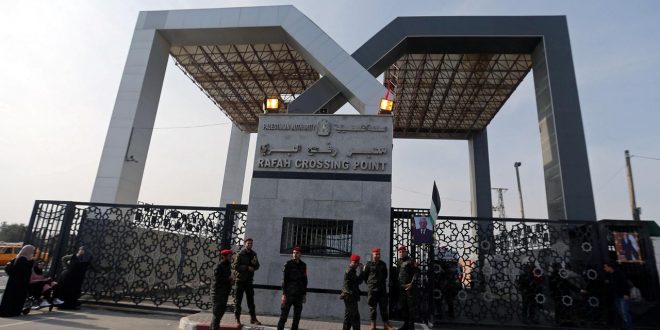 Gaza’s interior ministry said on Monday it was in contact with the Egyptian government to discuss opening the Rafah crossing “permanently”.

“The Rafah crossing has been partially operational since March, which represents hurdles for traveling citizens,” the spokesperson of the Gaza interior ministry, Iyad Al-Bazm, told the official Hamas-run Al-Aqsa.

Al-Bazm pointed out that the ministry was in contact with the Egyptian government “to agree on a formula to open the crossing permanently in accordance with safety and prevention measures,” adding that the talks were “still ongoing.”

“There are more than 4,000 cases of urgent need to travel registered with the crossing authority, in addition to many others stranded people abroad who are not able to return home,” the Palestinian official noted.

Since the outbreak of the coronavirus in March, the Rafah crossing has been closed by the Egyptian authorities, in fears of the spread of the disease. Cairo was reported to have opened the crossing on a number of occasions, including for the repatriation of Palestinian citizens.

So far, a total of 55,951 Palestinians have contracted the virus,  48,719 of whom have recovered, and 455 have died, according to official data. 4,102 of the infected people are in Gaza, including 26 fatalities, according to the Palestinian Health Ministry.