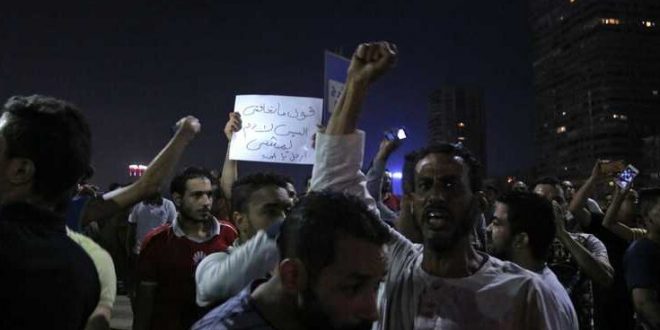 Egyptians have many reasons to protest and little space to do so. But over several days in late September, something new happened. In villages and towns stretching from Damietta in the north to Luxor and Aswan in the south, small but widespread street protests erupted predominately in some of the poorest and most remote areas in the country.

The protests began on September 20, the first anniversary of 2019 protests called by Mohamed Ali, a self-exiled whistleblower and former army contractor. Last month’s protests responded to government repression but also, according to credible analyses, rising rates of poverty, as well as the Covid-19 economic fallout and a new government policy requiring millions of residents living in decades-old houses built without permits to pay hefty fines to “legalize” their homes or face eviction and home demolition.

As in 2019, authorities arrested hundreds of protesters and bystanders last month. The independent Egyptian Commission for Rights and Freedoms (ECRF) documented 944 arrests in 21 governorates, including at least 72 children, some as young as 11 years old. The real number may be much higher. Prosecutor General Hamada al-Sawi said on September 27 he released 68 children arrested in what he called “riots.” Most detained face the usual charges – protesting without government permission, calling for unauthorized protests, joining a terrorist group, spreading false news, and misusing social media platforms. The ECRF and other groups also said that security forces disappeared dozens of those arrested for days, holding them in unofficial detention sites before presenting them to prosecutors.

The mass arrests and violent response to the protests, seven years after President Abdel Fattah al-Sisi’s government eradicated almost all venues of political and civic engagement, demonstrate how deeply the authorities fear mass protests. But what these protests tell us is that Egyptians have not given up on their human rights, despite living under a government that makes it very costly to exercise those rights.

As the tenth anniversary of the January 2011 uprising approaches, September’s protests should remind the government that repression cannot guarantee stability.