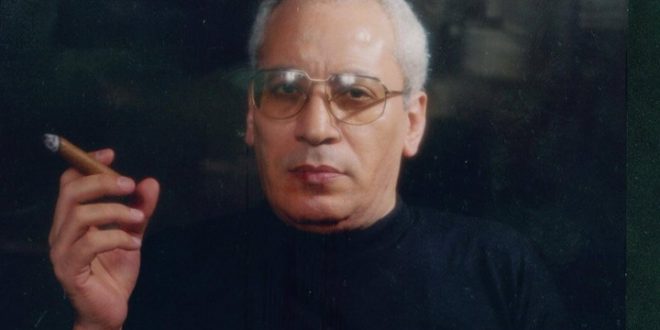 The Egyptian author Amin el-Mahdy died on Sunday, soon after his release from a brief detention, sources close to his family have told Middle East Eye.

Mahdy, 68, was a publisher, writer and critic of Egyptian President Abdel Fattah el-Sisi.

He was arrested on 9 September after a Facebook post in which he described Sisi as “a murderer, traitor, coward, and thief”. He was released three weeks later on 30 September.

Mahdy was opposed to both Sisi and the Muslim Brotherhood – from which Morsi hailed.

Prior to his arrest, Mahdy had proposed an initiative to peacefully topple the “central military feudal republic”.

He called for ending military rule by “restructuring the army into a modern, professional, small army whose primary function is to train, maintain, and discuss defence plans”.

An opposition movement set up in exile, which claims to be inspired by Mahdy’s writings, has accused the government of killing him with a poisonous substance while in custody.

MEE could not independently verify the claims, but the Egyptian government has faced similar accusations in recent years.

The movement, called Qadreen (We Can), was founded by four Sisi critics who were previously affiliated with his government but later turned against him and are based in the United States and Europe.

“The information we’ve received that he was poisoned by the current Egyptian military regime, which confirms our previous declaration and Amin El Mahdy’s concerns he had informed us himself during his imprisonment of the vigorous attempts to assassinate him,” the movement said in a press statement on Sunday.

“Qadreen in turn is accusing the Egyptian ruling regime of poisoning Amin El Mahdi and we are requesting the attorney general to hold an investigation into his death.”

Mohamed Saad Khiralla, a member of Qadreen, said that Mahdy was “in good health” at the time of his arrest.

Ahmed Attar, a human rights advocate and London-based researcher, told MEE that Mahdy was released after showing symptoms of an unknown illness.

“He was transferred to hospital on 11 October, where his entire organs showed unusual and inexplicable signs of malfunction,” he said.

According to one of his lawyers, Mahdy was facing 49 charges related to his publishing work, dating back to nearly 20 years ago.

His supporters argued that the charges were politically motivated.

The Egyptian government has yet to comment on Mahdy’s death.

Sisi, in power since 2014, has been accused of silencing dissent by jailing thousands of political prisoners opposed to his rule.

Mahdy was one of relatively few voices that openly criticised Sisi from inside the country despite the crackdown.