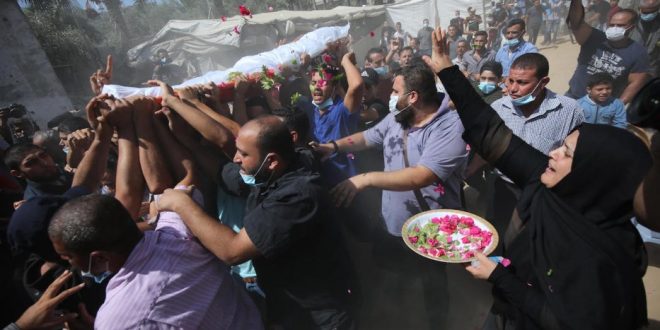 Hamas are in talks with Egypt to secure the release of a wounded fisherman following the killing of his brothers by the Egyptian army, the movement’s leader Ismail Haniyeh announced on Sunday evening.

Last Friday, the Egyptian army shot dead Hasan and Mahmoud Za’zou, two fishermen from the Gaza Strip who were catching fish near the besieged territory’s maritime border with Egypt.

The Palestine Human Rights Centre alleged that the killing of the two brothers was an “execution”, claiming that the Egyptian army had “specific instructions to shoot to kill everyone who crosses the border by land and sea”.

On Sunday evening, Haniyeh spoke on the phone to the Za’zou family, saying: “There are now contacts with Egyptian officials to secure the return of the [Za’zou’s family’s] third son Yasser to the Gaza Strip.”

Hamas has had authority of the Gaza Strip since 2007 following a conflict with the rival Palestinian Fatah movement. The Palestinian territory has been placed under a crippling siege by Israel, with Egyptian cooperation, ever since.

On Saturday, the Hamas government’s ministry of interior received the bodies of Hasan and Mahmoud from Egyptian authorities and announced that Yasser was wounded and in Egyptian custody.

The killing of the fishermen was also condemned by the Fatah-led Palestinian Authority in Ramallah, while the Egyptian government has made no comment on the incident.