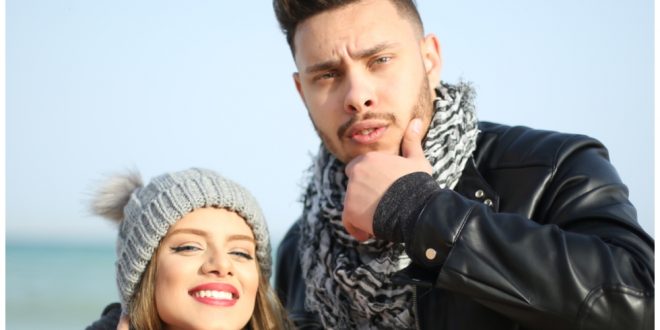 YouTubers Ahmed Hassan and Zeinab detained for 4 days over prank

Public prosecutors have ordered YouTuber Ahmed Hassan and his wife to be held under custody for four days, following charges against them for intimidating their infant in a YouTube video they posted.

The video features the daughter’s horrified reaction to her mother after the application of black and brown face paint. It was met with public outrage across social media platforms, with many users accusing the couple of exploiting the child’s misery for fame.

The backlash led to a complaint being filed with the National Council for Childhood and Motherhood (NCCM), which then submitted a report to the Public Prosecution to open an investigation. The couple denies the accusations listed in the report.

Zeinab claims that she was only playing with her child. According to the mother, the video was made just for fun, and not intended as a means of profit. She pointed out that the videos she and her husband post of themselves garner millions of views, whereas the videos featuring her daughter do not.

The General Director of the Child Helpline with NCCM, Sabri Osman, said during a phone interview on Egypt’s Sab7 al-Kheir Ya Masr (Good Morning Egypt) show that these videos are a display of the parents’ reckless behavior.

He echoed the opinion of the general public, saying that the couple clearly meant to make money and gain popularity from posting the video, at the expense of their daughter’s welfare.

Osman explained that this incident constitutes child abuse and that the parents are facing potential life imprisonment and a fine of LE500,000.

The NCCM’s Secretary-General, Sahar al-Sonbaty, said in a statement that these kind of incidents are unjustifiable, and that publishing videos of this nature violates article 80 of the Egyptian Constitution and is regarded as child abuse.

She added that the video violates article 96 of the Egyptian Child Law, which protects children from threatening situations and ensures for them a safe upbringing.

Additionally, their actions constitute a violation of Article 291 of Egyptian Penal Code, Sonbaty continued, which prohibits sexual, commercial, or economic trafficking of children.