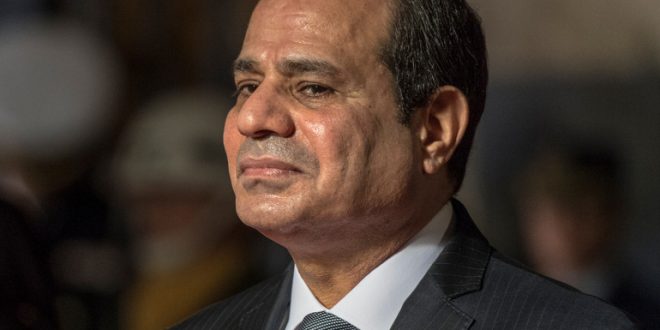 Egyptian President Abdel Fattah Al-Sisi enacted the new amendments to the law on police authority, which came into force immediately after their publication in the official gazette, giving absolute powers to the National Security Agency (NSA).

The law also strengthens the grip of the country’s president and the interior minister on important security bodies.

As with the army’s investments, the Ministry of Interior is entitled to invest in accordance with the new amendments, which considers the funds of the ministry and its affiliated bodies as public funds.

To collect the funds, administrative seizure measures can be applied, implying the confiscation of land, real estate and bank balances of those who owe money to the ministry.

According to Lebanese newspaper Al-Akhbar, the NSA will have its share of the investment. It is now authorised to: “Dispose of the remains of its activities, which include seized funds, cash or its equivalent, and use its revenues to spend on maintenance works for the institutions under consideration.”

The amendments also give the NSA the right to: “Request access or seizure of any files, data or documents, or obtain a copy thereof from the related entities, by a well-reasoned judicial decision.”

The NSA also has the right to: “Monitor the problems that the state faces, evaluate trends in public opinion with regard to its performance, and submit reports to the relevant state authorities to take the necessary measures to solve those problems and contain their impact.”

All retirees from the NSA will not be allowed to make statements or provide information to the media without the official approval of the ministry, in accordance with the rule of strict confidentiality even after the end of their service.