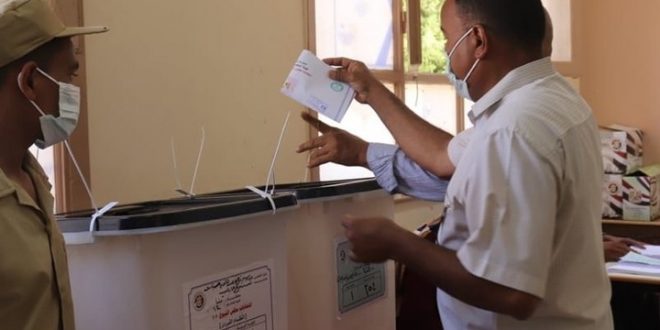 Egypt threatens to prosecute 54m for not voting in senate elections

Egyptian authorities have said they will refer some 54 million people to prosecutors because they didn’t vote in the country’s senate elections held earlier this month.

Only 14.2 per cent of eligible voters cast their ballots, according to data released by the National Elections Authority.

At the end of July, several parties signed a statement announcing they would boycott the elections given the impossibility that free and fair polls would be held in Egypt in the current climate.

In the statement Al-Dostour, Al-Karama, Popular Alliance, and Living Freedom Party, among others, raised the issue of political prisoners being held without trial or investigation and the restrictions placed on the media and protests.

Hamdeen Sabahi and George Ishaq were among the signatories.

The senate has no actual legislative powers like the House of Representatives, only an advisory role, for example giving advice on deepening the democratic system, supporting peace treaties and consulting on bills and amendments to articles of the constitution.

Critics have said that the senate, which replaced the Shura Council which was abolished by the 2014 constitution, is merely a front for regime loyalists to get parliamentary immunity.

The mass referral has raised questions over the country’s ability to hold trials for so many people and the ulterior motive behind the prosecution, given that the results were generally viewed as a foregone conclusion before voting began.

A ballot paper obtained by the website Egypt Watch had only one list, the National List for Egypt, which was made up of 11 parties and formed by the National Security Service along with the General Intelligence Service.

The choice next to the list read, “I vote, I don’t vote.”

Top of the list was the Nation’s Future Party (NFP), formed in 2015 to support President Abdel Fattah Al-Sisi in the elections, and which is supported by state apparatus. Retired army and police officers ran on its lists in the parliamentary elections and deputy ministers, governors and mayors have affiliated themselves with it.

During the last presidential elections, the army distributed food with the NFP written on the side of the boxes.