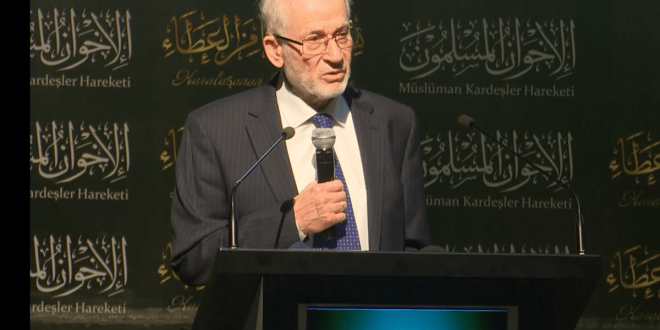 Muslim Brotherhood: Group has no knowledge of Egypt-Turkey rapprochement

The deputy general guide of Egypt’s Muslim Brotherhood, Ibrahim Mounir, said the group has no information about the possibility of reconciliation between Egypt and Turkey.

Speaking to Arabi21, Mounir said: “The accelerating events and changing conditions on the local, regional and international arena during the coming period may cause the coup to lose its functional role in the region,” in reference to the regime of Egyptian President, Abdel Fattah Al-Sisi.

“If such reconciliation occurred, it would be within its natural and recognised framework regarding the interests of different countries that may agree, differ or change at certain times,” he said.

Asked whether the Muslim Brotherhood has ruled out the occurrence of such reconciliation, Mounir replied that in politics nothing is ruled out but in return everything has a price, “and we realise that every step taken by the Sisi regime will have a price”.